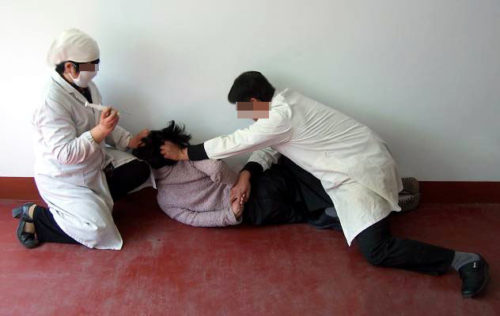 The Substance Addiction (Compulsory Assessment and Treatment) Bill received Royal Assent this week, now making it legal for any New Zealander to violate Section 11 of the New Zealand Bill of Rights Act, as long as the victim uses a psychoactive substance.

This column has already reported on human rights abuses of psychiatric patients in New Zealand, and it seems Peter Dunne, in his decades-long, multibillion war on the poor and vulnerable, has laid the legal foundations for more.

Like the Psychoactive Substances Act – another invention of the psychopathic Dunne – the Substance Addiction Act is worded so vaguely as to almost be meaningless. Almost anyone can be involuntarily interred for almost anything, raising the possibility that the barbaric New Zealand mental health system is about to get even worse.

Section 8 lays out the criteria for severe substance addiction. They are broad enough that most of the New Zealand population would have qualified at one point in their lives. For example, anyone who has tried to give up cigarettes but has found it hard could have “treatment” forced on them.

Why is the New Zealand mainstream media so obsessed with whether or not Donald Trump is a fascist, when our own Government is passing laws giving itself the right to force mental health treatment on any Kiwi expressing their right to cognitive liberty?

Having a “very serious addiction” that “seriously diminishes the person’s ability to care for himself or herself” is one thing – but the problem is that the people defining what a serious drug addiction is don’t have an accurate idea of what the drugs they are legalising compulsory treatment for actually do.

New Zealand has, after all, fallen behind Arkansas, Uruguay and South Africa in social progress on the medical cannabis issue. Many New Zealand mental health patients have had the experience of trying to explain their medicinal cannabis use to a doctor who, by some crude calculus, simply decides that the regular use is a sign of addiction.

Section 9 states “A person’s capacity to make informed decisions about treatment for a severe substance addiction is severely impaired if the person is unable to…(a) understand the information relevant to the decisions.”

Potentially this means that if you disagree with a doctor that your medicinal cannabis use causes reefer madness, creates holes in your brain or makes you psychotic/schizophrenic/depressed/anxious/insomniac/narcoleptic (or whatever stupid shit the Govt. says that cannabis does), then you can be said to not understand the relevant information.

Given the rubbish our authority figures already believe about drugs, how can we trust them for one moment to make accurate decisions about who is so addicted that they need to be forced into treatment?

Section 12 of the Act states “the interests of patients should remain at the centre of any decision making.” But the Government is already supposed to be making decisions on the basis that the interests of the governed are at the centre – and they have utterly failed, because they have made it a law that medicinal cannabis users are to be brutalised by the Police and by the Health and Justice Systems.

In the Hansard record of the third reading of the Bill, Ruth Dyson said “We are putting a significant number of new patients into the system under this compulsory treatment regime.”

So we can expect that these new powers to detain the mentally ill will be used against them, and especially against those who have found relief for their mental illness in medicines that they do not have Parliamentary approval for.

It’s worth noting that the New Zealand Police can and will go as far as killing any Kiwi who resists treatment under this law.

If a patient will not go voluntarily, even if they have a good reason – like being one of the five New Zealanders who had electroshock therapy forced on them after they had explicitly withdrawn their consent last year – the Police will use force to get them to comply.

For the Catholic Dunne, this latest persecution of the mentally ill is a continuation of the brutal religious tradition he embodies; a tradition of abuse stretching even further back than the Inquisition.

The Psychoactive Substances Act made it illegal for anyone to have anything to do with any psychoactive substances that were not on a Government-approved list, and this Substances Addiction Act makes it possible for the Govt. to go as far as violating the Bill of Rights Act in enforcing compliance with that.

The mainstream media, of course, is too busy copy-and-pasting the latest social media gossip about Donald Trump to report on any of this. Other channels will keep you informed.