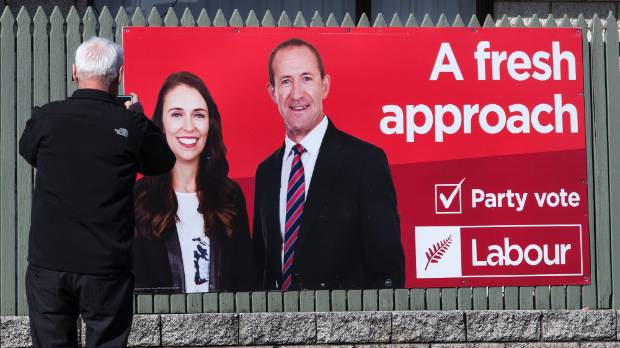 Workers and labourers were disappointed on Wednesday by the news that the Sixth Labour Government had ruled out a capital gains tax. Many working Kiwis felt it unfair that their labour continues to be taxed at such a high rate while unearned income remains untaxed, and felt that the Labour Party had betrayed them. As this essay will argue, they better get used to it, because New Zealanders will never be allowed an alternative to neoliberalism.

Jacinda Ardern had come to power with a promise that “neoliberalism had failed“, and gave every impression that the Labour Party would offer a new approach. The 35-year experiment of putting money above people had only delivered misery, and Ardern and her Labour Party had caused many to believe that their ascent to power would mark a change in attitude.

Like most utterances from politicians, this was total shit.

The reality is that Ardern and her Labour Party are just as much puppets of globalist industrial and finance interests as their National predecessors, and this is obvious if one looks at their actions in the 18 months they have been in power.

One of the first things Labour did was to double the refugee quota, increasing the flow of cheap labour into the country at the expense of New Zealand wage earners. As this newspaper has mentioned elsewhere, neoliberals love refugees, because they work for cheap and because they destroy the solidarity of the native working classes, thereby weakening their negotiating position.

Labour has also ignored cannabis law reform their whole time in power. While Andrew Little enthusiastically fast-tracks all kinds of laws to take Kiwi freedoms away, he lacks the courage even to say that cannabis is a medicine. Neoliberals are almost always materialists, and they fear cannabis because they fear that it will turn people away from the acquisitive greed that our economies are propped up by.

Perhaps the worst slap in the face, though, was when Labour ruled out a capital gains tax. Their refusal to tax the unearned income of property speculators meant that the burden of funding the government had to come from wage earners instead. Effectively, Jacinda Ardern chose to subsidise the unearned income of the rich with the labour of the poor.

The reality for New Zealand voters, who had cast the Fifth National Government out of power after nine years of neglect, is stark. There is no alternative to neoliberalism. It doesn’t matter how much suffering the Kiwi people have to endure; it doesn’t matter if you can never own a house on the average wage. We will never be allowed, within our current political system, to put our own people above money.

A reader might object here that voters could vote for a third party if they didn’t want neoliberalism, but the system is rigged so that only Labour and National can hold power.

Not only is there an electoral threshold of 5%, which has the effect of preventing any alternative to neoliberalism from getting a foothold in Parliament, but funding for electoral broadcasts is apportioned according to party size. Labour and National together get over half of all allocated electoral broadcast funding, which entrenches both these parties and the neoliberalism they represent.

There is no alternative, within our existing system, to neoliberalism. Everything Labour and National do benefits the wealthy at the expense of the poor, and especially the wealthy with no ties to the nation. Nothing they do will benefit the Kiwi worker whose hands build our roads, tend our crops and care for our sick.

Therefore, there is no alternative to skyrocketing rents, falling wages and the mass importation of cheap labour in the form of refugees. The only way that the Kiwi nation can ever get respite from this is revolution.