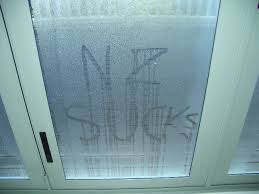 New Zealand – paradise if you’re wealthy, but if you’re not (and especially if you’re also young), living here is a curious psychological torture. We have the highest teen suicide rates in the developed world, and this essay looks at some reasons why.

Like every other country on Earth, our mainstream media likes to paint a picture of everything being excellent and the country having never done better – this being the well-known strategy for putting the receivers of such media in the optimal mindset for buying the products advertised in it.

Our mainstream media has a unique level of shamelessness in doing so, however, because in no other country in the developed world are teenagers as likely to decide that they’d rather be dead than living here.

New Zealand is close to the worst country on Earth to be young. There’s nothing to do here, we’re all psychologically damaged and our authority figures lie to us all the time.

This is especially true for the current generation of youth, who grew up in the wake of Ruthanasia, the sadistic welfare policies of the Fourth National Government. These policies taught our youth that the country couldn’t give two shits about them and that empathy is for the weak – once you’re born, you’re on your fucken own.

The consequence of this lack of empathy is a generation of youth without much empathy, and a consequence of that is that they kill themselves at world-record rates. There’s nothing surprising about it – they’ve simply internalised the lack of worth with which they were treated.

Understanding how we got like this requires that we understand how isolated New Zealand is. Australia is itself an isolated country at the arse-end of the world, but they’re practically Greece compared to us.

In almost any other country on Earth, it’s possible to get into a car, drive a short distance across a border and have an entirely different cultural experience, with new people, new thoughts and new ideas.

We don’t have any of that in New Zealand. We’re stuck here. For all of the generations before the one that grew up with the Internet, all we had was the television, and that taught us to consume, not to think.

And as we stagnated, we turned our rages on each other.

Perhaps the worst thing about New Zealand is the petty, vicious, cowardly streak in the national character that has us always lashing out at the person at the bottom of society rather than daring to criticise the people at the top.

This is reflected in our obscene school bullying culture. Unfortunately for New Zealand teenagers, our culture of abuse is so deeply entrenched that many teachers will argue that bullying is a good thing because it forces kids to develop social skills or “toughens them up for the real world” (or some other 19th-century logic).

It’s also reflected in our third-world mental health system, which regularly throws sick people out onto the street with no help or funding. Many teenagers have committed suicide after trying to get help from the New Zealand mental health system only to find that no-one working in it could care less about them.

In this way, New Zealand has failed to move on from the 1950s, in contrast to almost everywhere else.

A natural consequence of this brutal, brain-dead attitude is a national unwillingness to talk about mental illness. Doing so engenders so little natural sympathy that our youth would rather kill themselves than try and broach the subject with an adult New Zealander.

Not only do we have less of an influence from without, but we actively stomp down any new thought that might arise from within – and not only through the Tall Poppy Syndrome.

New Zealand managed to produce an intellect great enough to win a Booker Prize recently in Eleanor Catton, and Prime Minister John Key bullied her out of the country by publicly stating that her opinion on intellectual matters wasn’t worth more than that of a rugby player.

No other country is shit enough to do that. Almost anywhere else, it would be recognised that intellects like Catton’s are necessary to prevent a culture from rotting from the inside, and especially so in New Zealand where new ideas do not flow in from across the border.

We weren’t always like this: studies have shown that our teen suicide rate actually used to be lower than that of other countries.

But in the mid-80s we got sucked into the con job that was neoliberalism, and none of our current politicians have the guts to suggest any change of track.

Without a fundamental change of attitude that brings us into 21st-century modes of thinking, the standard of living here will only continue to deteriorate, and our teen suicide rates will only increase.

19 thoughts on “Is New Zealand The Worst Country On Earth?”