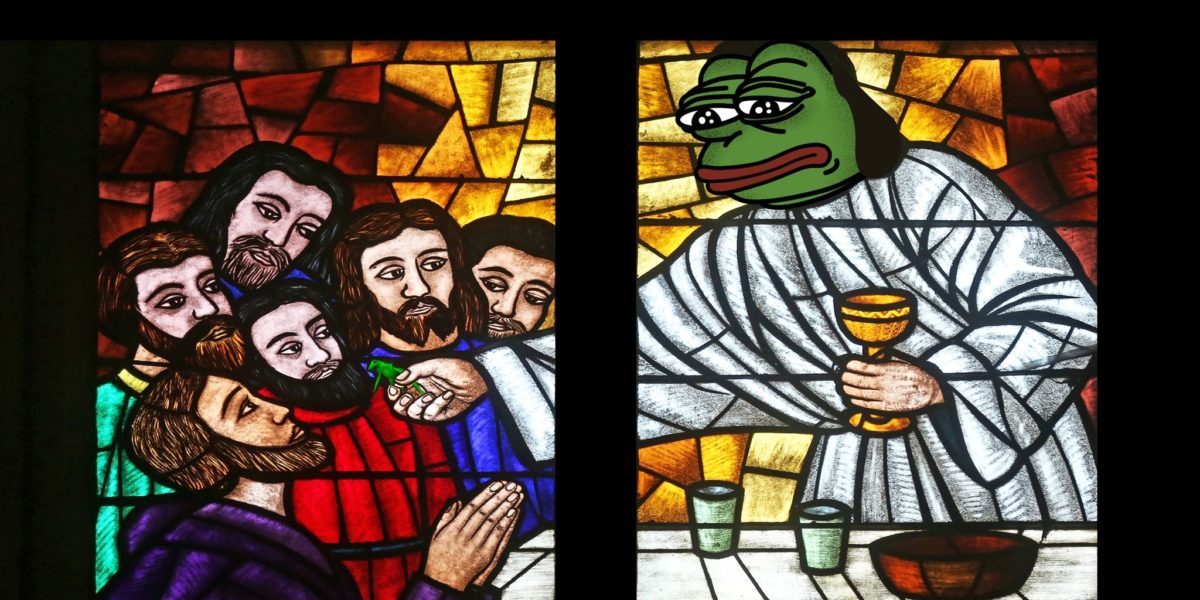 Central to alt-centrist philosophy is that, although it’s possible to understand why people support the other political positions, all those positions are fundamentally misguided by ignorance of the true nature of reality. Because the Establishment positions, the alt-left and the alt-right are all materialist, alt-centrism must distinguish itself from materialism. As this essay will explain, alt-centrism is necessarily a spiritual movement.

Keeping in accordance with the Five Rejections, the alt-centrist believes both that: 1) the current political system has failed and is causing misery, and 2) that the most popular of the proposed solutions to the current system will also fail and will cause more misery.

The ultimate underlying reason for all of this is the process of spiritual degeneration that has taken place over many centuries. Since the destruction of the Eleusinian Mysteries by Christian zealots in the 4th century A.D., the Western World lost touch with the methodologies they once used to connect to God.

Over the past 1,600 years, we’ve gradually come to believe, more and more, that materialist solutions are the only possible ways to alleviate suffering. This morphine-over-meditation reasoning has made us creatures of sensory pleasure. We have abandoned the old ways that led to acceptance of the world and the truth that life is transitory suffering on the way to reunion with God, and replaced them with a child’s narrative that we will never suffer again if we have enough stuff.

This has led to great innovations for making war on our enemies, but has done little to alleviate the suffering of sentient beings. The hyperfocus on knowledge that would allow up to build better weapons or to manufacture greater volumes of widgets has allowed for great physical wealth and power, but it came at the price of a commensurate lack of focus on spiritual knowledge.

Therefore, much like an 80-minute game of rugby, one must score as much as possible as quickly as possible before one’s time is up.

This leads to a scramble for material wealth and power. Because spiritual knowledge and wealth is considered to have no value, the order of the day is to accumulate as many resources as possible. In New Zealand, and many other places, this has taken its most obscene form in the obsession with rent-seeking. The praised man is not one who has found peace and set his heart to order; the praised man is the billionaire.

The ultimate materialist dream is to own a large amount of property, because then rent can be charged. With enough property, it’s possible to charge enough rent to maintain a lifestyle without doing any work. It might sound incredible, but the popular model of success in our society is someone who has become the largest parasite they could manage to be.

In our severely degraded culture, the man who absorbs wealth from the wider system without working for it is lauded and envied.

The problem exacerbates when crude displays of success at resource accumulation is the only way to attract women. In a degraded age, women are not able to perceive or value higher qualities in men, so they become attracted to superficial ones. This leads to immense resentment, both from men and women, as they come to feel that their chances for a happy marriage were robbed from them.

The alt-centrist rejects this materialist obsession with resource acquisition. It’s obvious that the crude obsession with wealth has locked the vast majority of us into a zero-sum contest for the best-looking women, the trendiest places of residence and the highest positions in the social dominance hierarchy. This is zero-sum at best when the population is small; with a population as large as that of the current world, it’s a recipe for widespread misery.

As mentioned above, however, it isn’t just the Establishment and our inherited culture that is materialist.

The alt-left are atheist and Marxist, and therefore utterly materialist as well. The alt-left, like the original left, considers spirituality a means by which the poor are tricked out of their real wealth. In accordance with the Five Acceptances, alt-centrism accepts that there is some merit in this concern, and that many people claiming to possess spiritual truths were really crooks. The alt-left, however, has gone too far.

In any case, we insist that no number of religious criminals can invalidate the value of genuine spirituality.

The alt-right recognises that the left is materialist, and that this leads to death camps and gulags, but their error is to demand a return to Abrahamism. Alt-centrism rejects this nostalgic attempt to return to the past. Abrahamism has always been a millstone around the neck of the world, and currently it serves only to further entrench pre-existing hatreds. The world needs a new spiritual methodology that unites people across divisions.

The alt-centre, therefore, must be spiritual by way of contrast to the materialist ideologies that have caused so much suffering.

This is another way in which alt-centrism is entirely different to centrism. A regular centrist is likely to also be a materialist, on account of that they are trying to find a balanced compromise between other materialist positions. They note that the left and the right are both materialist, so agreeing on that point seems like a good start. The regular centrist merely follows along with social convention.

The alt-centrist says “Fuck that!” and declares that the fact the paradigm is materialist is evidence to support the case the paradigm needs to be overthrown. If all of the corrupt actors responsible for a failing system tell us that materialism is correct, then it is more likely to be false.

A return to spirituality would allow for the genuine moral and spiritual self-improvement that materialism denies is possible. If people would focus on this, instead of on acquiring more physical possessions, achieving liberation from suffering would be more realistic. A spiritually improved population would succeed regardless of the political system they laboured under.