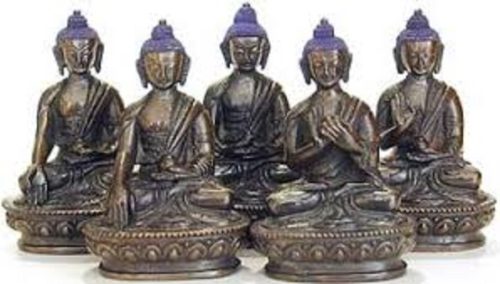 A previous essay here discussed the Five Rejections of alt-centrism. These are the five core political values held by rival ideologies that are repudiated by alt-centrists. Because alt-centrism is about finding the healthy and correct balance between the fundamental forces of reality, there are also Five Acceptances that mirror these rejections. This essay discusses them.

Alt-centrism accepts from the old right that there needs to be order.

Without order, life is nightmare. Without order we return to the hell of the primeval chaos that existed before civilisation. Nature is indeed red in tooth and claw, and the Great Work of Ages has been to raise us from this chaos through the correct imposition of order. The alt-centre accepts that this work has been done out of good will and that it was necessary.

Order has its own value, because it provides a space in which the mind can think freely. Alt-centrism accepts this. A house can be thought of as a place of order, within the four walls of which people can be free from the elements. The order within our society, likewise, offers free space for people to think and to live.

Alt-centrism accepts from the old left that there needs to be freedom.

Too much order means stagnation. This is not only unacceptable to the human spirit but it also makes us much weaker on account of that the suppressed will resent and fight their suppressors. Order can provide shelter, but it can also be a cage – the alt-centre accepts this.

People have to be free to explore (within good reason) boundaries of sensual and sensual pleasure, of all kinds of music, and of all kinds of consciousness-altering substances. The alt-centre accepts that alternative sexual practices, pornography, drugs and dancing are all legitimate expressions of the human spirit (as long as those participating are doing so consensually). Therefore, the alt-centre accepts that avenues of expression and exploration have to be legal unless there is a very good reason for them not to be.

Alt-centrism accepts from the old centrists that there needs to be a balance between order and chaos.

Alt-centrism accepts from the alt-left that inequality is now at unacceptable levels.

The productivity gains of the last 50 years of economic development have not been shared among all social classes. Instead, they have been portioned out according to how much of those gains people have been able to grab by whatever means, whether force or trickery. Labour has never had a lower share of productivity in the West, and capital has never had a greater one. This threatens social cohesion, and needs to be opposed.

The alt-centre agrees that those who derive a financial benefit from the ordering of society need to pay a share of their wealth to ensure that those benefits perpetually arise to the people of the nation. It is accepted that capitalists cannot plunder the world’s natural resources without restraint or censure, because that will lead to there being nothing left for future generations. A balance with nature has to be struck; this is accepted.

Alt-centrism accepts from the alt-right that people have to have things in common in order to have the solidarity necessary to have a society.

This does not imply the need for ethnostates, but it requires a concession that those arguing on behalf of ethnostates have some valid points, based in reality. We know from economic psychology that wealthy people within a country are only willing to pay taxes to the degree that they feel they have something in common with the recipients of those taxes.

Therefore, leftist policies like importing hordes of “refugees” also threaten social cohesion, and should be repudiated so that genuine solidarity can continue to exist among the people. The greater the diversity of a nation, the less solidarity will exist between the groups within that nation, and therefore the less the wealthy are willing to help the poor.