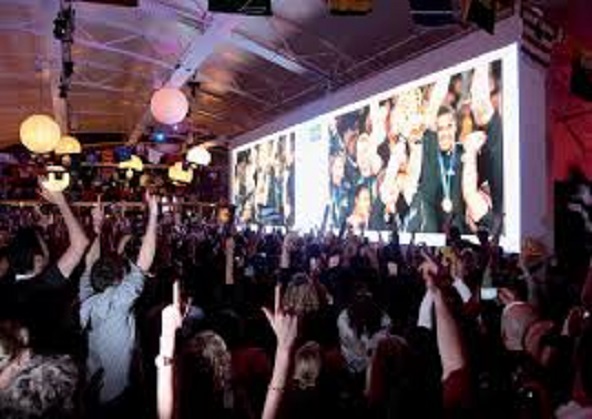 Kiwis are rejoicing at the news that our owners have permitted us extended hours to drink alcohol on licensed premises while Rugby World Cup games are on this Spring. It’s true that anything that facilitates New Zealanders coming together in a spirit of goodwill is a good thing, and VJM Publishing applauds this move for the sake of the nation’s mental health. The really great move, however, would be to legalise cannabis for the Rugby World Cup.

Alcohol is great fun, and the value it has in facilitating socialisation and enjoyment of life cannot be measured. It’s impossible to quantify the quality of life improvements that follow having a really excellent time partying with alcohol, or the warm memories that come from having a great time drinking with friends, or the value of the friendships made because alcohol broke the ice.

On balance, alcohol is a good thing – but the negatives of it are considerable nonetheless.

As mentioned in Chapter 12 of The Case For Cannabis Law Reform, alcohol is present in an estimated 30% of domestic violence incidents that the Police attend, and is believed to be responsible for 3.9% of all deaths in New Zealand. Including sicknesses caused by it and lost work days to hangovers or other alcohol-related conditions, the monetary cost of alcohol use runs into the billions.

Again, in no way is this to make the argument that alcohol is bad or should be further restricted. The problem is that there is no recreational alternative to it. You’re not allowed to go into town and watch the All Blacks at a cannabis cafe, and you’re not allowed to sit in a town square and watch a public big screen while smoking a joint. You’ll get arrested and put in a cage.

If you want to socialise with other people this Rugby World Cup, you get the same deal as at all other times. Drink alcohol or just fuck off back home.

Imagine a Rugby World Cup where Kiwis could come together without being pressured into consuming alcohol in order to socialise. This would finally mean that there was a recreational alternative for all those people who knew that they weren’t good on alcohol (arguably some 20% of the population).

It’s not a secret that the participants in most of those 30% of domestic violence incidents will be people who already know that sometimes they don’t behave well on alcohol. Imagine if these people were able to use a recreational substance that allowed them to be part of the festivities but which did not have the side effect of inducing them to get violent or aggressive. Many of them would take it – to everyone’s benefit.

Liberalising drinking hours for the duration of the Rugby World Cup might lead to more violence, sexual assaults and people killed in car wrecks, but it need not do so. If the purpose of liberalising such laws is to create a festival atmosphere for the duration of the tournament (and nothing can bring the country together like a Rugby World Cup), then it is possible for us to have our cake and eat it.

The way to achieve this is to legalise cannabis for the duration of the Rugby World Cup.

This would not mean a repeal of cannabis prohibition, at least not yet. What it would mean is a moratorium on arrests for public outdoors cannabis use for the duration of the tournament (or at least for as long as the All Blacks are still in it). We could pass a law that said, while the World Cup was in progress, Police would ignore public possession, use and personal trading of cannabis (although commercial enterprises would still be illegal).

This would mean that people could smoke cannabis in public as they can now smoke tobacco. They could meet in bonds of love, and share good cheer with a smile and a laugh, as alcohol users are permitted to do.

One can confidently predict the result of such a move, because one can observe how people behave in places where cannabis is already legal. Making cannabis legal for the duration of the Rugby World Cup would serve to create a relaxed, convivial, celebratory atmosphere for what is arguably the Kiwi nation’s most cherished quadrennial religious festival. It would create many good memories.

This will have several benefits over and above creating a festive atmosphere. It would also show New Zealanders that they don’t necessarily have to shit and piss their pants in fear at the thought of cannabis law reform. If cannabis users were given the opportunity to show that their behaviour was preferable to drunks they would probably take it. It would allow for a much better-informed cannabis referendum debate.