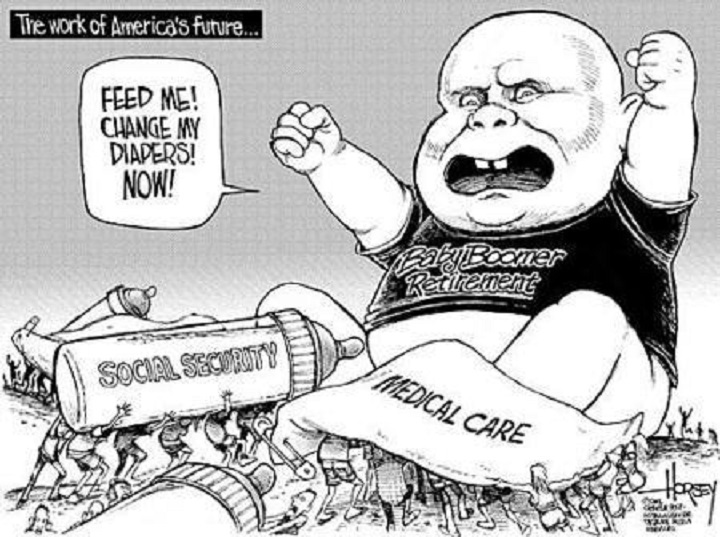 In the Lord of the Rings trilogy, King Theoden uses the phrase “The young perish, and the old linger,” to describe the accursed state of his kingdom of Rohan. The phrase strikes a chord, because most people can intuitively understand that society ought to exist to further the young, and that the old ought to gracefully let go of power when their time is up. As this essay will examine, New Zealand has become a place every bit as rotten as Tolkien’s fictional kingdom.

Provisional suicide statistics released this week by the New Zealand Chief Coroner are frightening in many ways. Not only do they reveal the highest suicide numbers on record (685 deaths in one year), but they also reveal a number of patterns once you drill down a level or two. The data is broken down by demographic factors, and these can be compared to previous years’ statistics.

The suicide rate for Kiwis aged between 65-69 was 8.72 per 100,000 people – less than a third of the rate for people aged between 20-24. Old people in New Zealand don’t start to kill themselves in significantly higher numbers than this until they get to 90. The quarter century between the ages of 65 and 90 is now the prime of life for a New Zealander.

New Zealand is an awesome place to be over 65 because there is a universal basic income for such people, of $370 a week. As Dan McGlashan showed in Understanding New Zealand, there is a correlation of 0.82 between being on the pension and living in a freehold house in New Zealand. This means that the vast majority of pensioners don’t have to worry about paying rent out of that $370 – most of it is disposable income.

If you already own a house, getting paid $370 a week just to hang out in it for a quarter century when you are aged between 65 and 90 is a sweet deal. Anyone owning their own house also has a permanent community, and therefore gets a strong sense of social inclusion. To get $370 a week, no questions asked, to enjoy that lifestyle is an incredible privilege.

There’s little wonder that the suicide rate is so low among people who have got it so good.

New Zealand is a shit place to be young, on the other hand, because they are the ones who have to work and pay for the luxurious retirements of the old. In order for our elderly to get $370 a week of free money for a quarter century, the young have to be taxed brutally. This makes it much harder for them to pay back their student loans, to own their own house or to raise a family.

Most pensioners in New Zealand are homeowners because it used to be possible to buy a house on the average wage in this country. Analysis shows, however, that the average wage would now have to be almost $80 an hour for young people to have the same chance of owning a house that their parents’ generation had. Young people nowadays face a level of financial desperation that their parents never came close to experiencing.

Studies have shown that financial pressures are the second most common contributing reason to suicide attempts, behind only depression. Stressful life events are powerful predictors of future suicide attempts. These stressful life events are much more common for the young, who face unprecedented levels of uncertainty over housing and employment. Unfortunately for them, high stress is all but inevitable as the Boomers demand to be catered for to the level at which they are accustomed.

In a normal, properly-functioning nation, the elderly will happily sacrifice themselves so that the younger generations can prosper. Knowing that the young are the next generation of themselves, the elderly are happy to lay the foundations for the prosperity of the young, even at their own discomfort. This has always been the case in healthy nations.

In New Zealand, the elderly throw the young to the wolves so that they can have more for themselves. Many of the suicides of young people could be prevented if we had a properly-funded mental health system. The old people who control the national purse strings, however, have directed almost every penny towards ensuring their own comfort, and have left the young to go without.

New Zealand spends $15,000,000,000 a year on pensions, much of that going out to people who don’t need it. Many people in their sixties and seventies run a business and get $370 of pension money a week on top of that. This colossal expenditure is evidence that our society is run to the benefit of the old, at the expense of the others.

Precise figures for mental health funding are impossible to find for New Zealand because of our district health board system. In Australia, though, some 5% of total health spending goes on mental health care specifically. We can assume a similar figure for New Zealand. Because we spend about $17,000,000,000 a year on healthcare, 5% of our total health budget works out to be about $850,000,000.

It’s not clear exactly what percentage of funding goes to those aged between 15 and 29, but assuming a figure roughly equal to that age bracket’s proportion of the population, we arrive at roughly $200,000,000 per year. Considering that New Zealand spends $400,000,000 per year on enforcing cannabis prohibition, $200,000,000 for the mental health care needs of an entire generation seems absurdly little.

And it is – it’s an absolute disgrace.

The solution to this state of injustice, and a partial solution to our increasing suicide rates among young people, is to lower the age of universal basic income from 65 to 18. This would allow relief from the insane financial stresses that are now levied on those young people.

Lowering the universal basic income age from 65 to 18 necessitates that today’s wealthy Boomers will have to share their pie with others, so we can expect that they will fight this suggestion tooth-and-nail to the bitter end. The overall outcome, however, would be a reduction in suffering, as the Boomers’ loss of luxury would be compensated for by the younger generations’ emancipation from poverty.