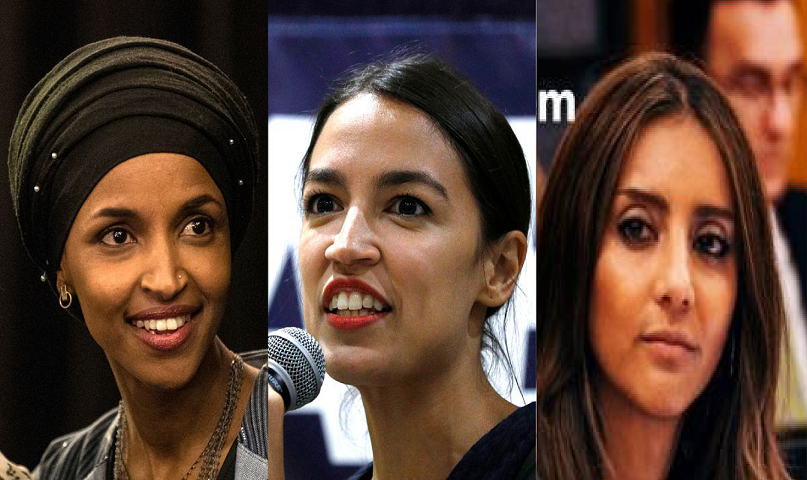 A new political alliance is forming out of the spatterings of gutter vomit that is globalism. This motley crew of grifters, race-baiters, religious fundamentalists, social justice warriors and other shit-stirrers are united by little apart from their hatred of the white man, but they are united under one ideology. This article describes what will become one of the foremost hate ideologies of the 21st century – Brown Communism.

Original Communism began in Europe after the 1848 publication of The Communist Manifesto by Karl Marx and Friedrich Engels. This short tract summarised the basic tenets of Communism. Among others, this includes the ideas that history is the story of class struggle, that private property should be abolished and that Communism is explicitly a globalist movement.

Like all other hate ideologies, Communism needed an enemy. In the case of the original European Communism, the enemy was the bourgeoisie – the men of silver, or what we would today call the middle class.

The original Communism appealed explicitly to the men of iron, or the working class whose labour built the factories and railways of the Industrial Revolution. It told a story about how the men of silver had stolen the rightful wealth of the men of iron, who were fortunate that the men of gold (Communists) had enlightened them as to who the true enemy was.

After uniting under the wise and benevolent guidance of the Communists, the working-class would come to reclaim their rightful property and rightful position in society.

Brown Communism is a very similar memeplex. The difference is that, instead of appealing to the Western working class, it appeals to non-whites as a quasi-racial bloc. Its major proponents are usually young/youngish women such as Alexandria Ocasio-Cortez and Ilhan Omar in America, and Golriz Ghahraman and Marama Davidson in New Zealand.

In the case of Brown Communism, the enemy is the white man. The basic story is the same as regular Communism – evil, intelligent people have tricked the good-natured but naive worker out of his wealth – but the white man has replaced the bourgeoisie, and the non-white has replaced the proletariat. All of the honest labour is done by non-white people, according to this mindset, while whites cheat and swindle unearned income.

Brown Communists have no time for the argument that mass immigration of cheap labour should be restricted to shore up working-class wages. As long as a brown person wins and a white person loses, it’s all good. The irony, of course, is that holding this position causes Brown Communists to stand shoulder-to-shoulder with the same capitalists that the original Communists rejected.

In Brown Communism, white people are the kulaks. The greater wealth of white people has nothing to do with valuing education or working hard – it’s simply been stolen from the non-whites (Asian people are also kulaks, but as of yet there is no mass immigration into Asian countries. With Chinese involvement in Africa now imperial in all but name, chances are good that Brown Communism will come to China in the future).

Much of the electoral appeal of Brown Communists comes from their promises to tax “the rich” (i.e. the kulaks) and to redistribute this windfall to non-whites. This is achieved by means of a long march through the institutions – in other words, to strive for high positions in government, academia and media and to use those positions to benefit the ideology and its supporters.

Brown Communists try to get into Government and use their influence there to agitate for open borders and shifting the tax burden to rural areas (where white people live). Opening the borders also has the ancillary effect of increasing the voter base. Because the sort of person who votes for a communist movement very seldom has the initiative to get a degree and go through regular immigration channels, Brown Communists consider raising the refugee quota to be of utmost importance.

A central tenet of Brown Communism is that all of the ills of the world can be traced back to white people. The white man replaces the devil as the font of all evil. His pale hand lies behind all suffering on Earth. This means that the ultimate origins of all underachievement by non-white people can be traced back to the malicious actions of whites at some point.

If Africans score poorly on IQ tests, this is because the tests are biased to favour whites on account of white racism. And if Japanese people score higher than whites, thus proving the tests are not biased, then the lower performance of Africans is due to the poverty inflicted upon them by whites. And if poverty can be accounted for by an analysis of variance that proves most of the difference comes from genetic causes, then you are a racist.

Another central tenet of Brown Communism is that any of the property of white people can be fairly expropriated by non-whites at any time. In the same way that the kulaks were believed to be hoarding all the wealth to the detriment of the common good, and therefore that it was righteous for the masses to confiscate it, so too Brown Communists feel about the wealth of white people.

Only in Zimbabwe and South Africa (thus far) have Brown Communists achieved so much power that they were able to expropriate white people directly, but in many places they are able to do so indirectly. In almost every Western country, taxation acts to ensure a net transfer of wealth from whites to non-whites. Brown Communists who achieve government in the West inevitably seek to both raise the tax burden on whites (thus expropriating them) and to increase welfare spending on non-whites.

Essentially, Brown Communism is an anti-white movement that is every bit as much a resentment-fuelled slave morality as the original Communism. Not only does it use the same narratives as Communism, but it appeals to the same sort of rejects and misfits who cannot find a place in decent society. The only major difference is that it explicitly rejects the white working class, and embraces non-white people of all but the most egregiously aristocratic bent.

This ideology will inevitably continue to rise in the West as the West continues to become more polarised along racial lines. If the social democratic movements keep demonising white people, they will keep losing support among the white working class. Those working-class people, finding that mainstream conservatism also rejects them, may find they have no other home but fascism.

2 thoughts on “Clown World Chronicles: What Is ‘Brown Communism’?”