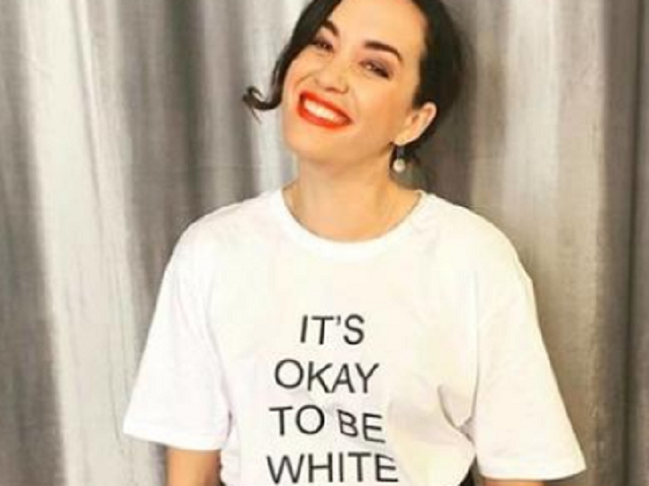 Some controversy has been generated this week from the fact that VJM Publishing sells ‘It’s Okay To Be White’ t-shirts on TradeMe (edit: or did, looks like the listing has now been taken down). Our doing so angered the Human Rights Commission, who argued that it spreads “a message of intolerance, racism and division”. This response argues that, not only are our actions the opposite of intolerance, hatred and division, but it is the Human Rights Commission itself that is guilty of this.

There’s a lot of discussion about what’s okay and what isn’t okay. This is the school of philosophy known as ethics, and it has been around for many thousands of years.

This is VJM Publishing’s take on it.

It’s okay to be an outgoing, choleric, even aggressive person, but it’s not okay to cause suffering to other sentient beings. Causing suffering is bad.

This is the reason for the comment that these shirts are the opposite of racism. They literally are. Racism is to say that there’s something inherently wrong with being white, as if a person being born white is to be born carrying some debts that their ancestors racked up.

The racists in this situation are the Europhobes who say “there’s no place for this kind of message”, when the message is that it’s not a bad thing to be a white person. If there is such a thing as hate speech, it’s anyone saying that it’s not okay to be something that someone naturally is, such as their skin colour.

Of course, this means that things that people have chosen to be don’t count. It is not, and can never be, an act of hatred to criticise someone for belonging to a supremacist ideology, especially one that believes it’s destined to rule the world whether non-followers like it or not. Such ideologies inevitably bring suffering into the world.

VJM Publishing is not interested in ideologies that promote hatred and division. We oppose Nazism, Communism, Abrahamism, Imperialism, Materialism, and all the other ideologies that cause one group of people to glory themselves and to debase another by calling them degenerates, counter-revolutionaries, infidels, heretics or primitive natives.

By selling this shirt, we are doing our part to counter genuine racism and division. Instead of doing this by grave, pompous and bombastic moralising that seeks to take people’s rights away – a proven failed approach – we’re adding some humour to the media scene for the sake of resistance. We’re replacing some of the colour that has been lost.

We’re not even for white pride. Sure, if you identify with some illustrious individual merely because they share a skin colour with you, go for it, but it looks weak to us. Those who have seen beyond would rather work on their individual qualities for the sake of lifting the world around them. Like the alchemists of ancient days, we cultivate the iron, the silver and the gold.

Look at the actual products we sell. We’re working with Jeff Ngatai to produce a book of mnemonics for learning te reo Maori. This we do because we believe that the language is a treasure at risk of being lost, and that mnemonics are an excellent way to preserve the memory of Maori language vocabulary in the minds of the population.

That’s why we offer every mnemonic in the book for free. They are all offered for free, arranged by subject groups. This is the same material as in the book. If you can afford to buy the book, great, if you can’t, you can use the online version. That reflects our will to bring this knowledge to as many people as possible.

What sort of white supremacists care about preserving the Maori language?

The majority of articles and essays on VJM Publishing relate to cannabis law reform. It was primarily to agitate for cannabis law reform that VJM Publishing was founded, since we knew over a decade ago that prohibition is stupid. Indeed, we’ve pointed out several times that the cannabis law disproportionately affects Maoris. This has even been argued in the original Cannabis Activist’s Handbook, published as far back as 2012.

Our other products are speculative fiction books, a demographic study of New Zealand voting patterns, various books about how to apply psychological science to creative writing, a guide to quitting tobacco smoking and a book of religious satire.

How on Earth can any honest person see a link to white supremacy in that?

The whole idea is nonsense, and to link VJM Publishing with white supremacism is proof that we live in Clown World. VJM Publishing, far from being haters, are the victims of Big Brother’s decision to target us for their daily Two Minutes’ Hate.

What VJM Publishing really is, is a much needed thumb-in-the-eye to the wowsers, puritans and other moralising do-gooders that have sucked all the enjoyment out of living. It is these grey men and women, these emotional abusers, who are the cause of our rising suicide rates. We despise them, we oppose them, and we will never stop fighting their insane slave mentality.

VJM Publishing is proud to provide a counter-narrative to the diarrhoea that passes for mainstream political discourse in New Zealand – the same mainstream media, let’s not forget, that told us that Saddam Hussein possessed weapons of mass destruction.

Click here to read a summary of what alt-centrism is

Click here to read about the five rejections of alt-centrism

Click here to read the five acceptances of alt-centrism