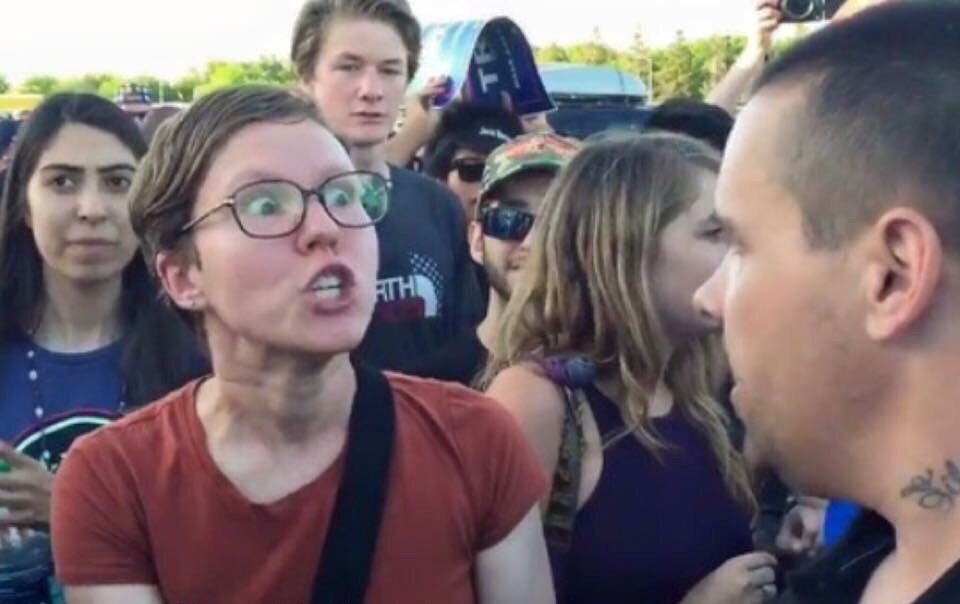 Some people have made the assumption that, because Christian morals have faded from the zeitgeist in recent decades, Nietzschean concepts like slave/master morality are no longer relevant. As this essay will examine, this is not only wrong but the opposite of the truth. Slave morality, in 2019, is more influential than ever before.

The slave/master morality dichotomy comes from The Genealogy of Morals. In this book, Nietzsche outlined the distinction between the master morality that arises in a state of Nature, which divides the world into good and bad, and the slave morality that arises after civilisation and which divides the world into good and evil, with the evil being the same as the good of the master.

Understanding slave morality is to understand resentment: the man with slave mentality resents the man with master morality, and seeks to bring him down. This resentment is the emotion that arises when the ego cannot get consensual reality to conform to its will, as a slave cannot. Resentment is, therefore, the natural consequence of weakness, whether that weakness be physical, emotional, intellectual or spiritual.

One major problem with the modern world is that it is heavily overpopulated. We are coming up to 8,000,000,000 human inhabitants on this planet. This means that the vast bulk of us have effectively no influence over the course of the world, or even over our own lives. We can only move around in small boxes built by other people.

The result is that there are now previously unheard of levels of resentment in our society. This resentment has found a florid range of expression.

Social Justice Warrior culture is one of most apparent examples. The resentment of the weak can be clearly heard in the cries about privilege and oppression. The mantra of SJW culture is that whoever has power is automatically the bad guy in any conflict against someone with less power. The intention of SJWs is the same as that of the slave moralist: to rip down anyone strong and call them evil.

As Ted Kaczynski pointed out in Industrial Society and Its Future, these impulses on the part of the leftist can’t ever be satisfied. Their passion to change the world comes from the resentment of being stupid and ignorant, and this doesn’t go away no matter who they destroy. So every time they succeed in destroying someone, they simply move on to the next target.

Therefore, as long as resentment exists, there will be Social Justice Warrior culture. This culture will, like slave moralities everywhere, try and destroy anyone who is happy. SJW culture chooses to do this by calling them bigots, Nazis and racists, and declaring that all good in their lives is privilege that has been stolen from someone else.

This ethnomasochism is related to the Holocaust religion, in the sense that it posits a white boogeyman whose excessive in-group favouritism has brought terrible suffering and evil to the world. In the quasi-religious context of ethnomasochism, ‘sin’ is replaced with ‘racism’, which has to be beaten out of society by ripping down anyone who suggests it’s okay to be white.

The resentment of the ethnomasochist leads them to destroy their own nation through support for things like open borders and the mass immigration of Muslims and Africans. The paradoxical fact that they derive a sense of control from this can be explained by comparing the mentality to someone who cuts their own arms: if one must suffer, then at least one can learn to suffer on demand.

Trans culture is a third example. Many men who have found that they don’t come up to the mark as men, i.e. men who women are not naturally attracted to, also find that they can get more attention if they pretend to be women. This is particularly common among men who are physical weaklings. This behaviour mimics a mental illness known as gender dysphoria.

The fundamental motivation for many of these people is to destroy the legitimate enjoyment that normal people get out of natural interactions between masculine and feminine. They want to destroy the natural concept of both “man” and “woman” so that healthy people who fit into these roles cannot enjoy them. A generation ago, homosexuality filled this social niche, but today it’s no longer shocking enough to do so.

Already trans culture has had enough of an impact to make it difficult for quality women to find a man worth being devoted to. By continuing to delegitimise and denormalise healthy expressions of masculinity and femininity, those who promote trans culture find expression for their resentment by destroying the natural and the beautiful.

The inability to understand the importance of free speech or the right to self-defence is yet another example. When a person with slave mentality gets into power, as has happened in New Zealand with the ascension of Jacinda Ardern to the Prime Minister’s position, they are liable to strip these rights away from the populace.

This is made possible by the resentment of the dumb and boring conformists who have nothing interesting to say. Slaves don’t care about the erosion of free speech because they have nothing to say worth listening to, and therefore are not impacted by the loss of an ability to speak, any more than the average person would be impacted by a ban on professional boxing.

A fifth way is the bizarre alliance with Islam. As a psychologist writing in New English Review has explained, Islam is the perfect religion for the resentful who like to see themselves as victims. It takes the same persecution mania as the other Abrahamic cults and raises it to another degree. Muslims resent the current order of the world, and so they are natural allies to the slave moralists.

Many secular Westerners with slave mentality have powerful sympathies for Islam, and can relate to a person throwing their life away in a suicide bombing. After all, the more one resents life, the less value one puts on it. As Nietzsche wrote, the slave moralist is the one who has said ‘No!’ to life, and there is no more vivid expression of this rejection of life than a suicide bombing.

The depth of the resentment can be seen by the size of the cognitive dissonance that arises when the Islamophile is asked about Islam’s attitude to women and homosexuals. Despite the brutally cruel oppression of these groups by Muslim culture, the resentment of the Islamophile is so great that all of these crimes will be swept under the carpet. In this sense, the Islamic apologist is to this generation what the Communist apologist was to the previous one.

These are merely a sample of all the various ways that slave morality expresses itself in 2019. The frightening thing is that, as the world gets more impersonal and more overpopulated, slave morality looks set to become even more influential. The only solution appears to be a massive cull, and an emptying out of the cities where this cancerous mentality has its strongholds.