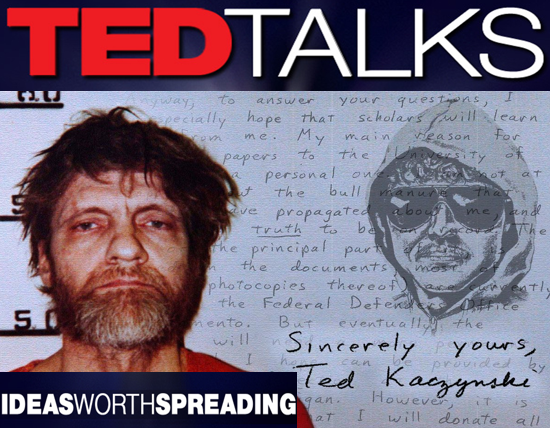 Having completed our reading of David Seymour’s Own Your Future, we now turn away from neoliberalism and have a look at anarcho-primitivism. The next subject of the VJMP Reads column will be Industrial Society And Its Future, otherwise known as the Unabomber Manifesto, by Ted Kaczynski.

Sent to the Washington Post in June of 1995, alongside a threat to kill more people with mailbombs if it was not published, the 35,000-word manifesto is broken down into 232 numbered paragraphs. These are grouped in short chapters, each with a subject heading.

The first of these groups is the Introduction. Kaczynski wastes no time shocking the reader: the first sentence is “The Industrial Revolution and its consequences have been a disaster for the human race.” This section pulls no punches: Kaczynski is adamant that the effect of industrial society has been to increase the amount of human suffering, and that it will only get worse as society develops. The only solution is a revolution, which may or may not be violent.

Kaczynski then moves on to the psychology of modern leftism. He writes that “One of the most widespread manifestations of the craziness of our world is leftism,” which is curious if one thinks that this was written in before 1995, when ‘trans’ meant transvestite. What underlies modern leftism, Kaczynski states, are feelings of inferiority and oversocialisation. This ties in with the idea, expressed elsewhere by Nietzsche among others (such as VJM Publishing), that leftism is essentially a slave morality.

To elucidate further, these feelings of inferiority are a group of qualities such as self-hatred, low self-esteem, defeatism etc. that are not only shared by modern leftists but which have collectively come to shape the course of history. Kaczynski is extremely insightful when he points out that the people who most angrily take offence at politically incorrect statements are those from privileged families. Leftists are also dishonest. They are outraged when a Western country performs a certain action but are indifferent when a Third World or socialist country does so.

Leftists identify intensely with anyone weak, repellent or otherwise inferior, hence they take offence on their behalf. They hate anything good and successful. This makes them feel like losers, so that they have no faith in their own personal ability to provide. As a consequence, they become collectivists. They hate science and rationality because these mindsets consider some ideas superior and others inferior. Leftists hate that, because of their fear of being judged inferior. They hate IQ tests for similar reasons.

Oversocialisation is an extreme form of the process that psychologists describe when they explain how children learn to conform their behaviour to the demands of society. The difficulty with the current world, Kaczynski has it, is that has become so complicated that no-one can act morally anymore. Oversocialisation is the process whereby leftists, “In order to avoid feelings of guilt, […] continually have to deceive themselves about their own motives and find moral explanations for feelings and actions that in reality have a non-moral origin.”

Oversocialised leftists tend to be intellectuals or members of the upper-middle class. What they like to do is to take accepted moral principles, declare them as their own, and then accuse society of violating them. Leftists do not rebel by violating society’s principles, but they express their hostility by accusing society of not living up to them. Their hypocrisy is evident when they claim to support black people, but then insist that these black people live up to the values of the industrial-technological society that imprisons them.

Today’s society seeks to socialise us more than any previous society. As a consequence, oversocialisation has affected us more than ever before. These problems of the leftist are problems of our entire society in microcosm.