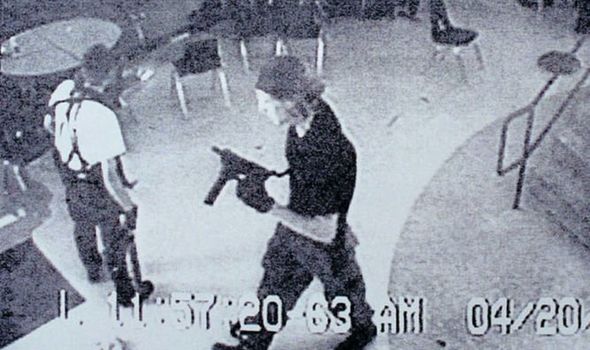 This week saw the 20th anniversary of the Columbine High School massacre. The massacre shocked a Western World used to adult serial killers, because we didn’t believe that high schoolers could also be capable of such evil. In the aftermath of the massacre, the consensus was that the motivation for the deed came from nihilism. This essay asks: are we still nihilists?

History can be thought of as a series of attempts to solve the basic existential question of what we’re supposed to be doing here on this planet.

For many centuries, we had religion, and the struggle between good and evil, chaos and order. But then we killed God, and (as Nietzsche predicted) this threw us back into Nature, and the world of eternal struggle. This played itself out in the titanic clash of empires that was World War One, and the following clash of nations that was World War Two. After three decades of trauma, we decided that we’d had enough bloodshed, and so we tried a new narrative.

The postwar consensus was based around pure hedonism. After three decades of deprivation, something as simple as being able to buy a milkshake or a cheeseburger on demand was seen as a great pleasure that demanded appreciation. Later, the number of television channels to which one was subscribed was the sign of material fortune. The problem was, of course, that hedonism is not an answer to spiritual problems.

The Columbine High School massacre was perhaps the first major sign that the postwar consensus had failed. The prosperity the Boomers enjoyed was based on the idea that material consumption was the reason for human existence. This was great fun, but it was only ever a distraction. It never solved the basic existential dilemma.

Klebold and Harris’s actions were an example of something that this column has previously called anarcho-nihilism. This is where one proposes to destroy the pre-existing system without offering any alternative system that might replace it. One simply destroys for the sake of destroying.

Anders Breivik and Brenton Tarrant were later examples of this phenomenon. Both men wrote entire manifestos that detailed at length their grievances with the world and the way it was being run. Enemy crimes were listed exhaustively, but neither man suggested much in the way of an alternative. Both will go down in history, but neither as a builder of nations.

Anarcho-nihilism could be said to be the challenge of our time. This isn’t the same as simple nihilism, which was the problem of previous times, because nihilism didn’t always lead to a violent assault on the old order. It usually led to simple suicide, which meant that the ruling class were not particularly bothered by it. Since March 14th this year, there have been more deaths to suicide in New Zealand than to terrorism, but the latter has taken up a hundred thousand times more emotional energy.

If we are to avoid going down the path of Breiviks and Tarrants destroying the whole world in a hail of bullets, we need to assert some kind of anti-nihilism that meets the emotional needs of the masses, while not repeating the mistakes of previous attempts at this.

An idea of what form this anti-nihilism might take can be seen in the various corners of cyberspace. In 1999, The Shroomery was only just getting started. Now it is one of the most popular counter-culture websites in the world, with an Alexa ranking in the top 30,000. Here it’s possible to find all kinds of discussions about aspects of spirituality that ordinary people would have trouble being able to comprehend – at least for now.

Any anti-nihilistic movement powerful enough to truly appeal to a great number of people will have to achieve a number of things. At a minimum, it must convince people that their actions in this world, and specifically whether or not those actions increase or decrease the suffering of their fellow sentient beings, are meaningful.

Achieving this may require the promulgation of the kind of sentiment that arises as a result of the psychedelic experience, the kind that is often derided as “hippie” or “new age” but which, if examined closely, answers with awesome clarity the questions of how we got here and what we’re supposed to be doing. This might require the reinstatement of something like the Eleusinian Mysteries, so that we can collectively revel in something beyond the material.

At time of writing, in 2019, it seems like not only are we nihilists, but we are destructive ones, and not only that, but the destructive and nihilistic sentiments are getting worse. That is certainly cause for alarm, but it’s also cause to take action, and to help promote an alternative. With enthusiastic promotion of psychedelic medicines for curing spiritual illness, it may be possible for us to finally overcome the threat of nihilism, and to allow a new spirituality to rise.