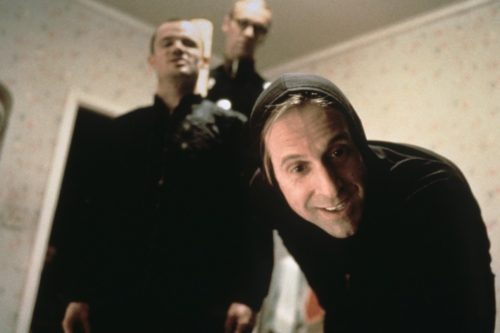 There are two popular strains of anarchism that are often conflated. The first accords with the more traditional definition of anarchy as “without rulers”; the second is when a person supports anarchy just because they want to see the world burn. This essay gives a name to this latter tendency, with the intent of making a clear distinction: anarcho-nihilism.

It isn’t easy for most people out there to tell the difference between an anarchistic sentiment against being ruled and anarcho-nihilism.

This means that both usually find themselves socially outcast for not following orders in a sufficiently timely and enthusiastic manner.

The major difference is that the anarcho-nihilist has no plans for what to do after the destruction phase. That phase – the building and creating phase – is not important to them, in much the same way that neither building nor creating appeal to nihilists. What motivation could one have to build anything when no meaning exists?

Someone who hasn’t thought things through this far might be an anarcho-nihilist.

Often, an anarcho-nihilist will be driven by a peculiar bitter resentment, sometimes because of a personality disorder. The fact that an immediate shockwave of destruction would cause a tremendous amount of misery is not a drawback to such a person – indeed, it could be the whole reason for why they support it.

The real difficulty with anarcho-nihilists, from an anarchistic perspective, is that no bonds of any kind can be formed with nihilists. In order for people to have a common bond of any kind, they must have at least one belief in common. Someone who believes in nothing is hard to trust – after all, what’s stopping them from turning on you like a wild animal?

Another way of making the distinction is that an intelligent anarchist will strive to find the correct balance of inducing chaos to the establishment and building a new, voluntary and peaceful order. The anarcho-nihilist doesn’t worry about order: they just want chaos and more chaos for the sake of it. There is no order that they will agree to.

The problem with this attitude from a practical point of view is that some laws are in place to contain natural disorder, they just go too far. For instance, a law proscribing a side of the road that traffic has to drive on is hardly tyrannical. The problem arises when you are fined $2,000 for harmlessly crossing the centre line by six inches when there was no oncoming traffic.