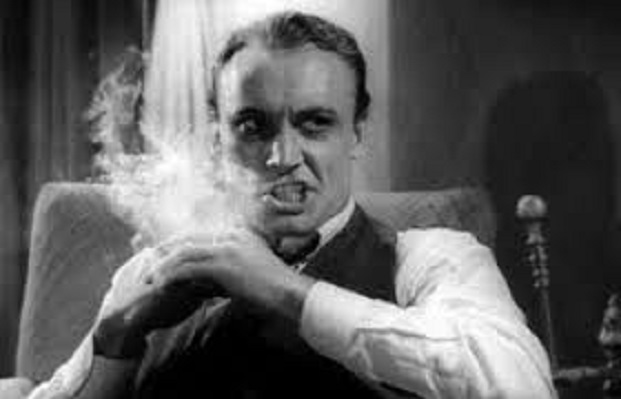 If one talks to many prohibitionists, one argument that comes up over and over again is the argument from personal experience. They will tell a story about how they knew a person who was doing great, until one day they smoked cannabis and just went crazy. This article explain why this is not a legitimate reason to keep cannabis illegal.

It’s a familiar story by now. The straight-A student, the hard-working businessman or the devoted mother, all living amazing lives until they had a smoke of cannabis and then – boom, total mental collapse. It’s a story familiar to anyone who has seen the film Trainspotting, only it doesn’t really happen that way with cannabis.

It’s true that the use of cannabis often occurs at the same time that a person becomes a psychiatric casualty. Inevitably, however, further examination of the lives of these people show that things aren’t as simple as use cannabis, go crazy.

Psychosis isn’t normally something that just breaks out from nowhere. Usually it’s something that develops, quickly or slowly, over a period of time, during which the person becomes more and more agitated. In most cases when psychosis is preceded by cannabis use, there are multiple factors at play, in particular lack of sleep, anxiety, adrenaline and job, health or relationship stresses.

When a person hears about someone they know using cannabis and then having a psychiatric event, what they don’t also hear about is the surrounding life circumstances. Almost always, the supposedly “healthy” person was either starting to feel overwhelmed with the pressure and stress in their lives (which is what turned them to cannabis) or there was a pre-existing psychiatric condition that wasn’t known about and which was exacerbated by cannabis use.

More academically, it is said that the plural of anecdote is not data. Knowing that one person who had a psychotic break happened to have used cannabis at some point leading up to it is one thing. It is not, however, evidence that a wider pattern exists of perfectly healthy people using cannabis and then becoming psychotic.

Even more academically, arguing that cannabis should be illegal because you knew one person who smoked it and went crazy is an example of the fallacy of composition. This is a logical fallacy that states that something that is true of one member of a group (such as one cannabis user) is true of the entire group (all cannabis users).

In other words, even if was true that there was one person who did become psychotic purely on account of cannabis use and no other factor, it wouldn’t make it possible to generalise this experience onto all people who use cannabis. One example is just one example, and it requires many further such examples before one can conclude that using cannabis inevitably leads to psychosis.

However, it’s entirely possible that using cannabis can contribute to psychosis under certain circumstances.

The first common way is that it can bring up traumatic memories. A large number of people, perhaps even a majority, have some kind of suppressed memory. Usually this relates to an early childhood trauma, with violence and sexual assault being the most common. The percolating effect of cannabis on the thoughts can cause such repressed traumas to bubble to the surface, and often in contexts where the user is not prepared for them.

Many people have been forced to suppress these memories in order to have a chance at an ordinary life. So when they suddenly face them again, the stress of this can lead to an episode of mental disturbance. This is particularly true if the memory cannot easily be suppressed again.

The second common way is that it can bring the user into spiritual realms of thought that they may not be prepared for. As discussed at length elsewhere in this book, cannabis is a spiritual sacrament. The dangerous side of this is when people use it expecting a high, and instead find themselves confronted with deep existential or spiritual questions.

It’s normal for people to avoid thinking about the fact that they’re going to die one day. One of the most common ways to break this habit is to have a smoke of cannabis and find one’s mind drifting to unusual places. The deconditioning effect of cannabis can have a greatly beneficial effect on creativity, but push it too far and you can lose touch with the bonds tethering you to collective reality.

Neither of these common ways can be helped by making cannabis illegal. Pushing cannabis underground has only had the effect of making people unaware of the real psychological effects of the substance, and this lack of proper awareness has caused more damage than cannabis itself.

Furthermore, this argument ignores all the people who use cannabis and don’t go crazy. If 11% of the population has used cannabis within the past 12 months, that’s a huge number of people. It means that the average person probably knows a couple of dozen cannabis users. If this is the case, then it’s notable that they only knew one person who seemed to have a psychotic episode linked with cannabis use.