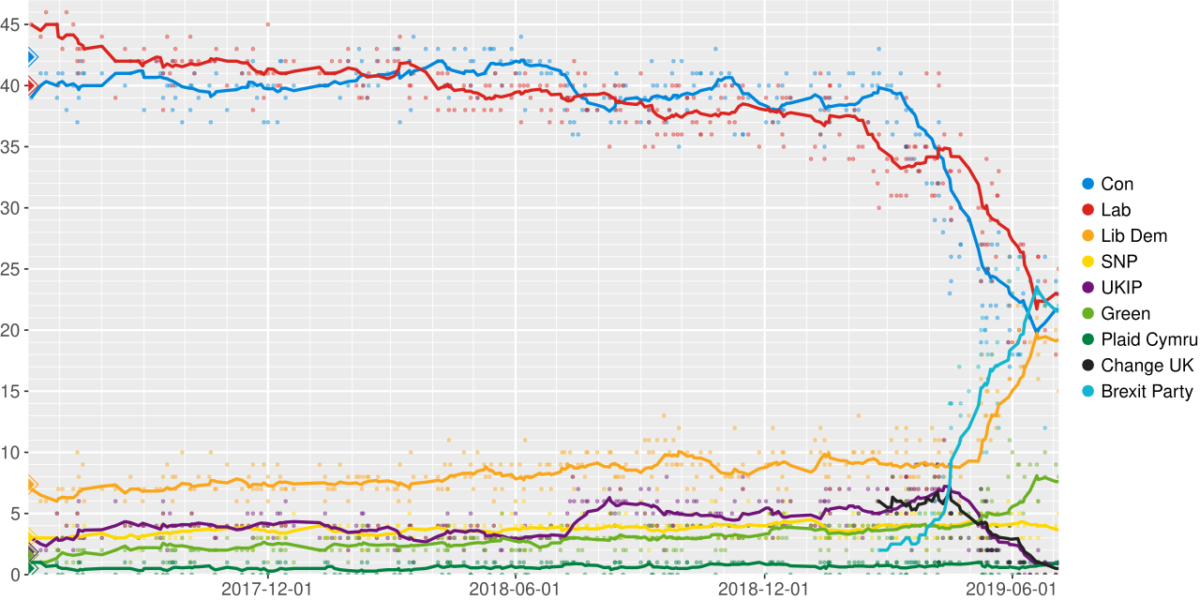 No-one is in any doubt that political polarisation is increasing all across the Western World. The centre seems to be collapsing in every Western country, with the extremes of both the left and the right gaining in power. This essay describes the alt-centrist response to this increasingly apparent phenomenon.

Although America is usually given as the example of polarisation, with Donald Trump on one wing and Trump Derangement Syndrome on the other, they are still relatively civil compared to Europe.

In Germany, alt movements now have the support of at least 36% of the population. This is only including the alt-left Greens at 24% and the alt-right Alternative for Germany at 12%. If one adds the Left Party at 8%, then the alt movements are now getting more support than the Establishment.

In Sweden, the neo-Nazi Sweden Democrats are now the second biggest party outright, with the mainstream Moderate (Conservative) Party continuing to fall away. The Sweden Democrats have been so successful that even more hardline neo-Nazi movements have started up to compete for that voting bloc.

In Britain, support for the mainstream Conservative and Labour Parties have collapsed in the space of one year, with both now polling below 25%, and the newly-founded Brexit Party coming from nowhere to poll 20%+. With four completely different movements all polling around 20%, it looks like the next General Election will render Britain all but ungovernable.

In France, the Socialist Party that ruled the country for decades has disintegrated. Their candidate now has a meagre 4% support ahead of the next French Presidential election in 2022. Marine Le Pen’s far-right nationalist movement the National Rally, by contrast, is polling at 28%. This is just barely behind the Establishment’s golden boy Emmanuel Macron, at 30%.

What it looks like, all over the West, is that the centre is collapsing and the extremes are growing. This pattern is easily recognisable as the terminal one that precedes almost every war, ever. This is to say, the West is headed for full-scale civil war. This is not because of any ill will on the part of any faction of actors – it’s simply a function of the growth rate of the various forces that underpin social cohesion (or the lack of it).

The Western World can be compared to a running washing machine, where someone chucked a brick called ‘neoliberalism’ inside the main chamber about 20-30 years ago and things are just starting to fall apart. This newspaper has already pointed out how similar the social and economic situation is to the 1920s in Central Europe. It will get worse.

This is where the alt-centre comes in. A time of collapse and chaos actually benefits the alt-centrists, because it is then that we come into our glory.

The original right, left and centre represent a stable system, or one that’s at peace. The alt-left and the alt-right, by contrast, don’t care about peace – they want war. The alt-left want to smash down all borders by force; the alt-right wants to expel anyone who doesn’t fit in by force. In the eyes of the new positions, peace has failed, and the fault lies squarely on “them”.

When the broader system disintegrates, there are no longer any forces holding the victorious alt-left or alt-right factions to task, no matter which of the two wins. Whoever gains the ascendancy can all but wipe out their enemy. Those are extremely dangerous times, and we’re heading towards them.

The alt-centre, therefore, acts as a moderating effect in a time of increasing disorder. This is a rare quality, and and it is achieved by appealing to universal values such as truth. The intent of this moderation is not to help one side or the other to win, because the alt-centrist knows that the excesses of one age lead directly to the excesses of the next.

We’re not here to help one side or the other to victory. We’re not even the peacekeepers. What has to happen will happen, and we know that we’ll be there to rebuild on the other side.

The intent is to make the crash landing as soft as possible.

This makes the alt-centrist position a very interesting one to take. The alt-centrist must serve as a kind of undertaker to the remnants of the last age. The point of this, however, is so that the new age can begin in the right way. It falls upon us to understand how and why this collapse is happening so that we can organise things to resist collapse the next time.

The alt-centre, then, is the unwobbling pivot at the very centre of the taijitu. The right and the left will come and go, and will periodically destroy the entire world, but we in the alt-centre are the seed of a new philosophical order that will arise in the aftermath, one that promises less suffering than the one before it.

After the crash landing, the survivors will stumble out of the wreckage and ask “Now WTF do we do?” The pilot will be morally obliged to take command then, even if only for long enough to establish a new right and a new left.

4 thoughts on “The Alt-Centrist Response To Increasing Polarisation”