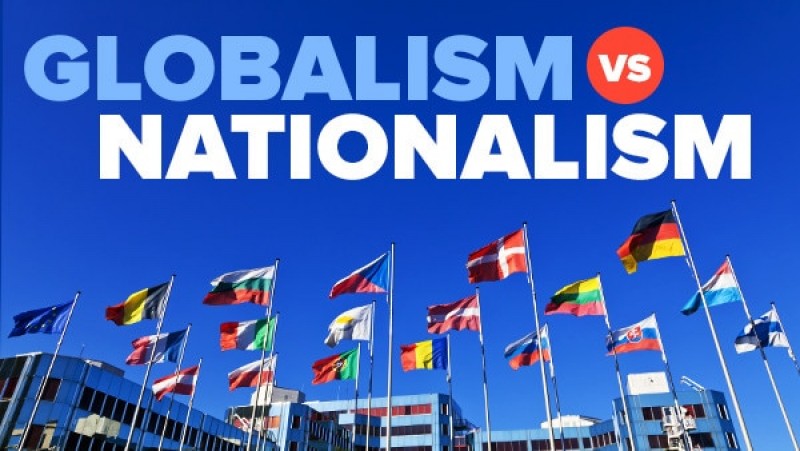 Leo Tolstoy wrote, at the start of Anna Karenina, that “Happy families are all alike; every unhappy family is unhappy in its own way”. Any occultist who understands that law of “as above, so below” also understands that this rule of Tolstoy’s also holds true for individuals – and for nations. Unhappiness expresses itself in a myriad of ways at all levels of reality.

The basis of empathy is the realisation that excessive self-regard leads to an increase in the suffering of other sentient beings. This excessive self-regard does harm on the level of the individual by, for example, inducing the individual to prioritise their own desires above other people’s needs. This leads to people going without and suffering heavily for the sake of a small amount of benefit to one other person.

However, there is also a good form of individualism. Happy individuals don’t feel the need to prioritise themselves over the rest of the world, because they don’t subscribe to a slave morality that tells them that the world owes them anything. But neither do they feel the need to prioritise the world at their own expense because of some masochism or deeply-imbedded guilt trip.

The good form of individualism acknowledges that, although every individual lives in a wider community and even wider communities, the individual themselves gets to decide over their own body and mind (see the Sevenfold Conception of inherent human rights) and not the community. As a result, they resist peer pressure and mob mentality for the sake of making the correct decisions.

As per the Tolstoy quote in the opening paragraph of this essay, we can see that healthy nationalisms are all alike, but unhealthy forms of nationalism are all different.

The good form of nationalism is the same as the good form of caring about one’s family and one’s community. In much the same way that solidarity with one’s family can induce one to have goodwill towards second cousins etc. who one is meeting for the first time, so can solidarity with one’s nation induce one to have goodwill towards countrymen who one meets for the first time.

All globalists claim to be good globalists. They present themselves as enlightened types who have transcended petty nationalism, and as if they only make decisions with the entirety of all sentient beings in mind. Their attitude is that they are fit to serve as arbiters of planetary justice on account of the impartiality offered by their superior moral fibre. Therefore, they can be trusted to rule a global system.

This is true for some of them (more or less). After all, globalism is arguably nothing more than operating on a higher order of reality. It’s entirely possible to operate there, and there’s no reason to conclude that someone definitely does not belong there, just because they say they do.

However, there is also a bad globalism. In fact, there are two.

The obvious bad globalism is the kind that forces rules and regulations on people and places who do not want them. This is the same kind of tyranny as any other imperialism, in which a person in a distant land makes decisions that get imposed on the locals without their consent.

Cannabis prohibition was mostly a self-inflicted tragedy, but it wasn’t helped by the fact that the United Nations prohibited it with the Single Convention on Narcotic Drugs of 1961. This treaty obliged all signatories to keep cannabis perpetually illegal, regardless of the will of the people of the nations whose leaders had signed them up.

There remains a great risk of this form of globalism, particularly in the form of globohomo. This means the risk that all national cultures in the world will be erased and replaced with a manufactured kind of consumer fetishism that can be easily milked for cash using the same methods anywhere in the world.

There is a much more subtle and insidious form of bad globalism, however. This occurs when people promote globalist values to other people, while secretly maintaining nationalist or racist values for themselves. An example is fervently propagandising for other nations to open their borders while also propagandising for one’s own nation to remain an ethnostate.

This form of globalism is little different to any other kind of hate ideology in that it is supremacist and exploitative. It’s deceptive in the sense that it presents itself as something it isn’t, for the sake of lulling other people into a false sense of security. It plans to leave all nations except for one’s own in a state of chaos.