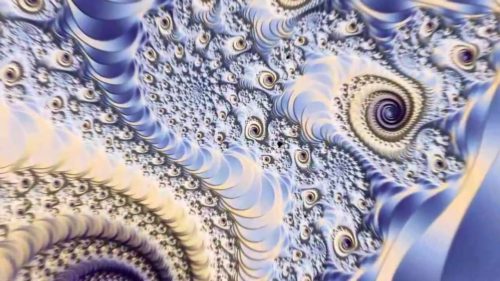 All religions and spiritual movements are inspired by gnosis about the real nature of God. It’s very simple – God is consciousness because consciousness is sufficient to create the entire physical world (and all possible worlds), and consciousness is outside of time and space and is complete even in division.

So when people say that God is omniscient and omnipotent and everywhere and eternal they are entirely correct, because all of these things are true of consciousness.

The only disagreement arises when people try to describe the precise nature of God. These efforts are doomed to failure because consciousness is more fundamental than language, and therefore cannot be defined in language. And so all efforts to describe God or to interpret the will of God are errors, usually made through a person conflating their ego with God and therefore confusing their personal desires for the will of God.

That’s all there is to life. You, being conscious, are conscious of things. This never changes, not even on the other side of the death of your material body.

The Great Fractal is alive. It is bursting with consciousness. Every possible life that God can imagine – from the simplest flatworm to seventh-dimensional wizards, is consciously being lived right now, and always will be, forever.

How? God just dreamed them up, and God continues to dream as an act of will. That’s all that this – what we call life – is: just a dream. You know this because it’s not any more real than the dreamworlds that you experience at night. Nothing is different at such a time – you are consciousness, and you are conscious of phenomena, and that’s all there is to it, awake or asleep.

What you consider to be your life is just one infinitely small and infinitely limited perspective of the Great Fractal, at the human-on-Earth-in-the-21st-century level. Just like a computer program that can give you the impression of an entire journey merely through zooming in on particular co-ordinates of a fractal, so is your life just a pathway through the Great Fractal and what you see along the way.

You do have free will, only you are limited by certain laws whose purpose is to make this illusion more immersive. What you consider to be free will is nothing more than navigating through the Great Fractal to the degree that you are able – you decide on a part of the Great Fractal that you would like to experience and then – if it’s possible to get there from where you are now while obeying the laws of immersion – you go there.

Why did this happen, instead of something else happening?

Being pure consciousness, God is perfection. God resides in a state of perfect bliss, complete and without desire.

Although this is perfect on one level, it’s grossly imperfect on another: it’s not very interesting.

Simply put, the most enjoyable game that God can play is to look into a limited section of the Great Fractal for long enough so that God can actually come to convince itself that this limited section is really the whole thing – and then God can feel a sense of awe and grandeur by once again awakening to an appreciation of the whole, an appreciation of itself, an awakening from the delusion that God was ever something else.

And then to do it again, and again and again, forever – an unceasing pattern of forgetting and remembering, of mistaking the illusion of the material world for transcendental reality and then realising the trick and laughing about the fact that one could ever fall for something so obvious.

What we call enlightenment is what naturally arrives as a consequence of turning the common, understandable, materialist perspective around; from looking backwards at the uncreated consciousness instead of looking forwards into the created Great Fractal.

5 thoughts on “The Great Fractal”