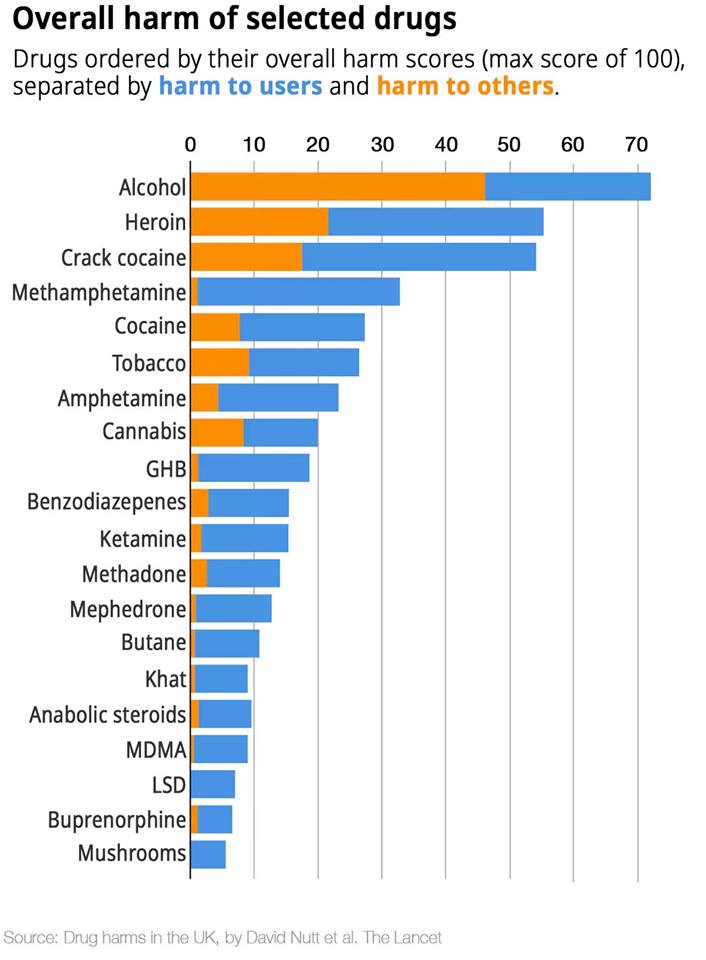 Like many of the arguments against cannabis law reform, this one is mostly based on a misconception of the psychology of cannabis users, and of substance abusers in general. It could be called the Trainspotting myth, because some people believe that the trajectory of cannabis use proceeds much like heroin use does in the film based on the eponymous Irvine Welsh book.

The fear is that legal cannabis will simply provide another way for degenerates to destroy themselves, and so why should the Government facilitate this? The fewer legal drugs available, the fewer easily-accessible avenues for self-destruction. Better to keep cannabis illegal to persuade people to go straight.

The sort of moraliser that makes arguments like this is generally not the same kind of person that hangs out with actual heavy substance users. As such, they don’t understand the psychology of them. Almost no-one goes from living a completely clean life to misusing any drug just because they “got addicted”.

The reason why people become substance addicts is usually because they have untreated mental illnesses, and this leads to a much stronger sense of enjoyment from the feeling of being drunk/stoned/wasted. The more unpleasant one’s thoughts, the more pleasant to escape from them. Therefore, it’s not so much the drug that leads to the abuse but the way the mind and brain are wired.

There are cases where people are substance abusers, and it may be that, for some of these people, legal cannabis means that they abuse more cannabis than they would have done if it was illegal. If this means that they avoid abusing worse drugs, then this is a good thing. All things being equal, it’s better for a person to use cannabis every day than to use several of the drugs listed in the image at the top of this page.

There’s no guarantee that any individual cannabis user is going to smoke cannabis until they die. Plenty of cannabis users, even heavy ones, get sick of smoking it and move on to other things. After all, although cannabis can be great fun, it can also get boring, much like alcohol and women and loud music and all the other things that people like to indulge in for a while.

So it’s better for them to get their fix on a drug that they are going to survive than on one that is going to kill them. Let them get their kicks on something that’s not going to do any long-term damage. It’s much, much better for people to use cannabis – and to perhaps need a few weeks to come back to normal – than to use something that will permanently change their brain chemistry.

An intelligent approach to cannabis law reform would put the emphasis on harm minimisation. If a person is honestly concerned about the total damage and suffering that a substance abuser might cause themselves, then a regime of regulated, legal cannabis would lead to less harm, for a variety of reasons.

Substance abusers are much more likely to get help from mental health professionals if their substance is legal. This fact has been clearly demonstrated by the willingness of patients to talk to their doctors about their alcohol or tobacco use compared to their willingness to talk about their methamphetamine use. If a substance is illegal there is a lot of fear associated with it.

Legal cannabis would make it easier for actual substance abusers – the sort who are destroying their lives – to trust their doctors or drug counsellors. This would make them more likely to take advice to either quit, or, if necessary, to go on a treatment program such as one that tapers off cannabis.

Legal cannabis would also make it possible for accurate and honest educational campaigns to exist. Right now, there’s no reason for any cannabis user to believe anything the Government says about the substance, because everyone knows they lie about it. So if the Government gave intelligent advice about protecting the lungs, it may not be heeded.

One thought on “The Case For Cannabis: It Doesn’t Matter That Substance Abusers Use Cannabis”