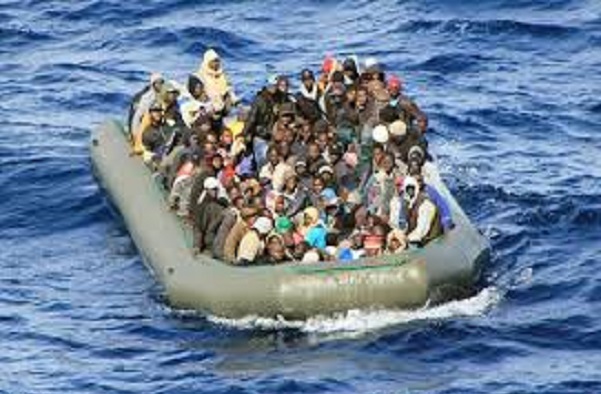 The tendency of most social democratic governments is to tax and spend. The usual pattern is to spend ever more as extra special interests keep making new demands. This inevitably leads to the downfall of those governments, as they end up spending money on white elephants and neglecting their core voters. This article looks at how the Sixth Labour Government is neglecting its own people by importing 1,500 refugees a year.

According to this New Zealand Herald article, the costs of refugee resettlement to New Zealand is roughly $130,000,000 every year. This suggests that each of the 1,500 refugees costs an average of roughly $90,000 per year, which is similar to the costs of keeping a person in prison.

This $130 million comes out of general taxation and means that we can’t spend $130 million on other things. Despite claims to the contrary, it’s impossible to spend the same dollar twice. So spending this money on refugees who we have decided to import means that we have to tighten our belts on $130 million of spending somewhere else in the economy.

So what have we chosen to forgo? Or, more accurately, what have our rulers elected to take away from us?

According to the Ministry of Social Development, there are 286,000 New Zealanders on a main benefit at the time of March 2019. These beneficiaries are also paid out of general taxation, i.e. the same fund as pays for refugees.

If we would lower the refugee quota to zero, we would have the spare money to give every beneficiary a Christmas bonus on the order of $500 every year in the lead up to the summer holidays. This would be a much better use of the money than importing problems into the neighbourhoods that those beneficiaries live in. A $500 bonus at the time of year when things are the tightest would make a profound difference to the quality of life of New Zealand’s poorest.

It might also make a difference to New Zealand’s suicide rates, as stress over Christmas and New Year’s, particularly financial stress, is known to be a common trigger for suicide attempts.

The ongoing homelessness crisis is another issue that could do with a cool hundred million dollars. A Stuff article reports that it will cost $4.1 million to house 100 homeless people in Christchurch. At that rate, if the $130 million we currently spend yearly on refugees was used on housing our own people, it would cover the housing of close to 3,000 Kiwis.

3,000 is close to the number of people currently believed to be homeless in Auckland. Since the vast majority of those homeless are Kiwis, it seems neglectful, if not callous, to spend $130 million on refugees instead, especially when that money could simply buy the houses to put almost 1,000 homeless in (assuming a house homes four people and costs $600,000).

Many of those Kiwis will have paid into the social system themselves through taxation or through service. It’s cruel to house foreigners at their expense.

Helping our own is more cost effective than importing refugees and helping them instead, because there is no language or cultural barrier to overcome and thus no need for interpreters or cultural guides. It is also much better for social cohesion, because our own usually have families that live here, and a whole family is lifted if their weakest member is helped.

Perhaps most appallingly, the New Zealand Parliament decided in 2015 that providing free breakfasts and lunches to the poorest 20% of schoolchildren, at a cost of $10-14 million, was too expensive. It seems incredible on the face of it, but our rulers are willing to spend ten times more on importing dependent foreigners than on feeding their own hungriest children!

A society that imports dependent foreigners and takes care of them, while leaving its own children to go hungry during the day, is one that cannot long survive. The inherent contradiction means that few of the next generation will have any confidence in the system, and will withdraw or revolt, as there is no point in contributing to a nation that treats its own worse than it does outsiders. It’s better to let it die and start again.

It’s important to underline here that, although spending a nine-figure sum of money on refugees while neglecting your own people is an act of evil, it’s not the refugees themselves who ought to take the blame. At worst, they are merely the receivers of stolen goods, in that they accepted the inheritance that our ruling class had stolen from us. There’s no shame in taking advantage of people as foolish as we have been.

The blame for not being able to house our own people and feed our own kids falls squarely on our own politicians who control the spending of our tax money, and on us for letting those politicians get away with it.

Much of the suffering that Kiwis at the back of the queue are enduring is only happening because our rulers are spending the money on importing refugees instead. Lowering the refugee quota to zero would free up $130 million to spend on amenities for those among us who are doing it hard. It’s a lot of money, and all we lose is virtue signalling opportunity.