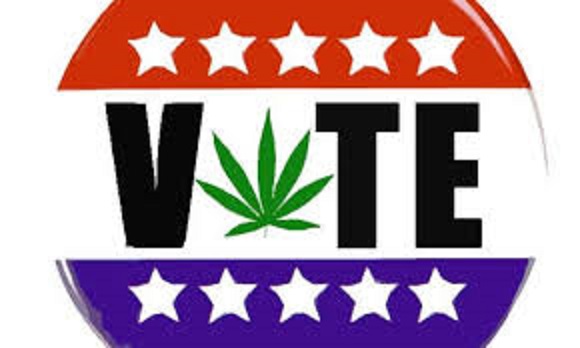 The process about the cannabis referendum next year is starting to take more concrete shape. Not only are we starting to get some kind of idea of what question is going to be asked, but we have had confirmation that the referendum will take place at the same time as the 2020 General Election. In this article, Dan McGlashan, author of Understanding New Zealand, explains the likely electoral ramifications.

In the 2004 American Presidential Elections, George W Bush’s adviser Karl Rove had the genius idea of scheduling a number of referendums to take place at the same time. These referendums all related to state constitutional amendments prohibiting same-sex marriage. Because this issue aroused strong conservative sentiment in the electorate in 2004, it brought conservatives to the polls, where they also voted for George W Bush.

The scheduling of the cannabis referendum at the same time as the 2020 General Election ought to have a similar effect. The sort of person who turns out to vote in this referendum will be those who would normally vote in a General Election, plus some otherwise disenfranchised demographics who didn’t previously feel an incentive to vote at all.

It’s worth looking at who those otherwise disenfranchised demographics are, because if they turn out vote in the referendum, and if they cast a vote for a party in the General Election at the same time, there might be enough of them to tip the balance of the election towards one or the other side.

The cannabis referendum will not bring out a meaningful number of extra conservatives, for two major reasons.

The first is that conservatives don’t really care about cannabis. Conservatism isn’t about being stupid, or being backwards. The average conservative is intelligent enough to have observed that many places overseas have now legal cannabis, and these places are no longer spending tax payers money on enforcing prohibition. Apart from morons like Bob McCoskrie, there’s no real appetite for continuing cannabis prohibition on the right.

The second is that conservatives already vote. As I showed in Understanding New Zealand, the correlation between voting for the National Party in 2017 and turnout rate was 0.68, which is very strong. Because there are no firm boundaries between party lines, this is unlikely to get any stronger from a referendum unless the conservatives really cared about it. And they don’t.

Who the cannabis referendum will bring out are the currently disenfranchised who have lost faith in the democratic system because of (among other reasons) its inability to deliver anything close to the public will on the issue of cannabis law. These people will come from the demographics that did not vote in the 2017 General Election.

The most obvious will be the remainder of the Aotearoa Legalise Cannabis Party’s demographic. The ALCP got 8.075 votes in 2017, and the correlation between voting ALCP in 2017 and turnout rate in 2017 was -0.63. This suggests that at least another 10,000 potential ALCP votes were lost to disenfranchisement.

Whether they would vote for the ALCP is anyone’s guess, although most will realise that, if cannabis is legal, there is no reason for the ALCP to exist, and therefore they might as well vote for someone else.

Many have made the assumption that the largest beneficiaries of a cannabis law reform referendum will be the Green Party. After all, it is the Green Party who has pushed for it, and it seems reasonable that this might lead to some otherwise non-voting cannabis users turning up to the polling booth for the referendum and throwing a vote the Greens’ way.

This simple assumption is likely to be mistaken, also for two reasons.

Simply put, Green voters tend to already vote. The correlation between turnout rate in 2017 and voting Green in 2017 was 0.27 – not very strong on the face of it, but strong if one considers that Green voters come from young demographics, and the turnout rate among those demographics is very low. Green voters and supporters are not disenfranchised.

The other reason is that the demographics that truly support cannabis law reform, the ones who are adversely impacted by the current law, are not the same demographics as Green Party voters.

There is a correlation of 0.73 between being New Zealand-born and voting ALCP in 2017. The reason for this because cannabis law reform is of little interest to those who aren’t either white or Maori. Cannabis is an integral part of true Kiwi culture, and many of those who come out to vote will be nationalists. They will not have much interest in supporting Green Party policies, aside from cannabis, which they can now support without voting Green.

Policies like increasing the refugee quota will prove devastating for the cohesion of Maori neighbourhoods and communities, and this is widely understood. The sort of person who is most heavily affected by this kind of thing is precisely the disenfranchised voter who is likely to turn out for the cannabis referendum.

The extra voters will undoubtedly be much younger than average, because the correlation between voting ALCP in 2017 and median age was -0.57. This makes them much younger than both Greens and New Zealand First voters, and only a little older than Labour voters. The young are much more passionate about cannabis law reform because they do not have the generational brainwashing that the older generations endured.

Finally, the extra voters are likely to come from the least educated demographics. The correlation between voting ALCP in 2017 and having no formal education qualifications was 0.68, the highest for any party. New Zealand First was not far behind, on 0.67, but the Green Party were at the other end of the scale, at -0.56. These extra voters are not likely to be impressed by the aloof superiority of the Greens.

Paradoxically, then, it’s most likely that the timing of the cannabis referendum to coincide with the 2020 General Election won’t benefit the party that most strongly pushed for it. Gratitude is not an emotion that can be counted on. It’s much more likely that the young, disenfranchised, Kiwi-born and Maori people who come to the polling booth for the referendum will vote Labour and, perhaps unfairly, New Zealand First.