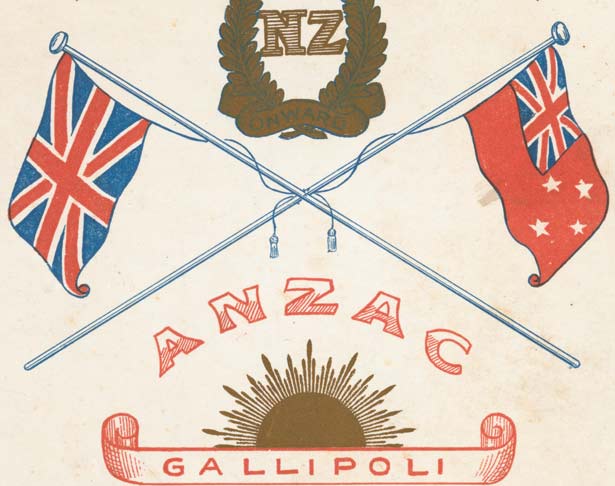 My grandfather Fred was born in West Auckland, on the land that is now McLeod Park, named after his father Harry. Fred saw action in North Africa and Italy with the 2nd New Zealand Division and the British Eighth Army. He survived the war, returned to New Zealand, and raised a family. This essay is about one of the lessons he taught me.

He had, like tens of thousands of other Kiwi men, volunteered to fight in World War Two. Having volunteered, and then having experienced war and decided that it was a complete waste of time and something best avoided, he wanted to teach his offspring some lessons to help them avoid ending up fighting overseas.

He only ever spoke of combat, or of the general deprivations of war, to his wife, but he did tell us grandchildren a lot of stories about the lessons he had learned from his war experience. These generally involved insights about psychology, whether general or specific to the various nationalities he had encountered, or relating to military life and the nature of organisations.

One of his favourite stories related an experience that occurred shortly after the German surrender in May 1945. He was on the back of a troop transport truck with the other members of his company, when they encountered a column of German prisoners of war being marched along the road in the other direction. Upon seeing this, the officer in command of the New Zealand troops ordered the company to not acknowledge the presence of the German troops – after all, the war was not technically over yet.

But when the two forces met, the Kiwi troops spontaneously broke into a cheer, and waved to the Germans, who waved back with similar sentiments. It didn’t matter that they had been ordered not to do this, for the war was over, and that meant that the inhumanities of war no longer needed to be inflicted upon each other. Open fraternisation was, of course, not possible, but it was clear that no genuine illwill existed at the level of the average soldier.

It took a while to fully appreciate the import of this story. The first lesson was the magnitude of the relief that the soldiers must have felt upon understanding that the war was over. The realisation that all the killing and dying had ended would have been a joy that is barely comprehensible to someone who has never experienced combat. This joy would have been powerful enough to override any remaining sense of obligation to follow orders.

I spoke with him about this story once, after it had occurred to me that this feeling of goodwill towards the German soldiers was stronger than any goodwill he felt towards his own leaders, who were, after all, on his side. At this point he gave me a lesson, with an admonition to never forget: the real enemy is always behind you.

This truth was illustrated by another, darker story, that took place in Italy. Fred’s company had taken a number of German soldiers prisoner during the battle of Monte Cassino. In the heat of the moment, one of the younger German soldiers broke down in tears, apparently under the conviction that he was about to be shot dead.

Fred offered the young German a cigarette, and instead spoke to him. Why would we shoot you in cold blood? he asked. Do you think we are monsters? The German replied that he had been told that the British were, indeed, monsters, whose insatiable greed had led them to try and take over the entire world and to subjugate it and all its peoples. It was in trying to stop this greed that the Germans had been drawn into the war.

Fred realised, of course, that he had been told exactly the same stories about the Germans. Moreover, the men who had been the ones to tell those stories had not themselves been subjected to the horrors of combat. The New Zealand politicians who had organised the war effort were safely back at home, fat and happy, as were the newspaper men. The sense of betrayal he felt upon realising this inspired the lessons he had to teach me.

Never, ever trust the politician or the newspaper who tells you how evil and terrible some men overseas are. It’s all but guaranteed that the politician and the newspaper are lying to trick you into sacrificing yourself for the commercial interests of their sponsors. World War Two was a banker’s war, Fred taught me, and the soldiers who fought in it were coerced into doing other men’s dirty work for them. There was nothing glorious or honourable about it anywhere.

There are two ways to get a man to do your dirty work for you. The first is to force him, the second is to trick him.

New Zealand’s involvement in World War One had at first been a voluntary affair, but it became a matter of force on the 1st of August 1916 with the passing of the Military Service Act. In total, almost 20,000 Kiwi men were conscripted for military service, roughly 20% of the total who served. Some 3-4,000 of these men were killed in battle.

By the time World War Two rolled around, the propaganda of the Establishment had become a lot more sophisticated. This was thanks, in large part, to men such as Edward Bernays, who had studied the use of propaganda and how to make it more effective, and who had written about it in books such as Propaganda. So they knew how to use the apparatus of mass media to convince men to join the Army.

This meant that the Establishment media could simply pump out enough stories about how the Germans bayonetted babies, and how they were trying to take over the world, and how Hitler was a unique evil that demanded a unique response, and enough people would believe it so that they didn’t need to conscript anyone any more. Men would simply volunteer to fight.

Fred raised me so as to never fall for the propaganda. Never to believe the politician, never to believe the media. Because, at the end of the day, the real enemy is always behind you. Your real enemy is not the opposition soldier but the one who raised the company, battalion or Army that you are now a member of. He’s the real enemy because the opposition soldier is, in the final analysis, only protecting himself from you.

Once, after I had been studying some military history, I remarked to him about conscription. Sure, I knew that the reasons behind the Vietnam War and the Gulf War were equally as false as for all the other wars. I could be smart enough to know that the television was lying to me about the need for me to participate in the next war, but if enough people my age were also aware of this, what would stop them going back to conscription?

What would I do if a conscription officer came to my house?

His reply was simple, and borne of the bravery that comes from having to face combat: “Shoot the bastard.”