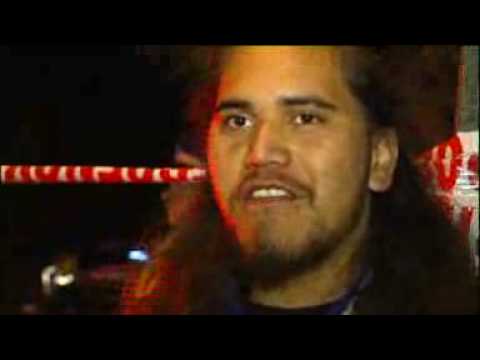 Cannabis prohibition causes harm across most levels of society, but some bear the brunt more than others. In the Western World, it can be seen that cannabis prohibition has a disproportionately heavy effect on minorities, and there are multiple reasons for this. This article will discuss the need for cannabis law reform from an ethnic rights perspective.

The South African High Court found found in a recent judgment that “the
criminalisation of cannabis […] is certainly characterised by the racist footprints of a disgraceful past.” In other words, the South African authorities are willing to admit that cannabis prohibition was forced on the people of South Africa out of malice.

They found that “it is general knowledge that some sections of the [Black] population have been accustomed for hundreds of years to the use of dagga, both as an intoxicant and in the belief that it has medicinal properties, and do not regard it with the same moral repugnance as do other sections of the population.”

It followed from this that the prohibition of cannabis and the normalisation of alcohol was to put European values first and foremost, and this was mentioned in part of their judgement when they made recreational cannabis legal earlier this year.

Ever since Jamestown – and possibly long before then – European colonialists knew that native peoples had a great susceptibility to alcohol. The American Indians called it ‘firewater’ for the explosively violent behaviour it caused among their kind. Rolling a barrel of rum into an Indian village had a similar effect to rolling a barrel of gunpowder into one.

The science is like this: in Europe, most of the people who could not handle alcohol had been wiped out of the gene pool over thousands of years of exposure. Anyone who chimped out when drunk got killed or put in prison, and thereby failed to reproduce. Consequently, Europeans (much like Middle Easterners) do not lose self-control when drunk at the same rate as peoples who have not had that historical exposure.

The people who conquered the New World did not understand the genetics behind this, but they were well aware of the destabilising effect that alcohol had on native communities. So they passed laws, such as cannabis prohibition, that forbade any alternative to alcohol. This forced the natives away from cannabis and forced them towards drugs that would destroy them.

Laws prohibiting alternatives to alcohol are extremely prejudiced in favour of European people and people of European descent. In terms of the damage it can do to people who don’t have a genetic resistance to it, alcohol is almost a bioweapon, and passing laws that prohibit recreational alternatives to it could rightly be seen as acts of genetic warfare against non-European populations.

Maoris have no cultural tradition of alcohol drinking. Unlike Europeans, Polynesians have only been exposed to alcohol for a few centuries. This means that they have not had time to evolve a resistance to the substance, and neither have they had time to make alcohol part of their culture. Alcohol is a foreign substance to the New World, and it’s foreign to the natives here.

As anyone with a clue knows, Maoris love cannabis. Not only do you frequently see Maoris smoking weed at parties, but it’s common to see Maoris in the street wearing Bob Marley t-shirts or with the red-yellow-green of reggae culture somewhere in their clothing. Their love of cannabis is unrepentant – in other words, it’s part of the culture.

The reason for this is simple: not only is cannabis great fun, but Maoris are also aware of the destabilising effect that alcohol has on native communities, and have found that their social recreational drug needs can be met just as well by cannabis as by alcohol (in most cases). Given an even playing field, it’s better to smoke cannabis because it leads to much fewer problems, in particular much less violence.

However, although this behaviour is fair, rational and reasonable, it’s prohibited. There are hundreds of Maoris in prison right now for cannabis offences, even though the prohibition of cannabis has nothing to do with their culture and is something that was forced on them by (some) white people.

It follows, then, that anyone who is truly interested in racial justice in the West must also be in favour of cannabis law reform. This will not only give minorities an alternative to alcohol, instead of having alcohol culture forced on them, but it will remove one possible source of discrimination against those minorities by taking the issue away from Police discretion.