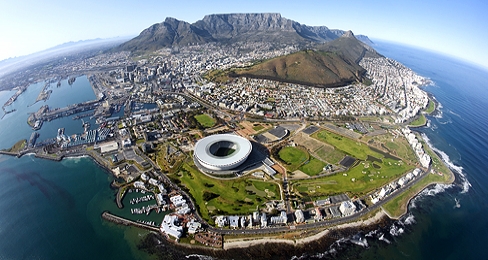 A New Zealand family is torn in half because draconian laws prevent them from accessing the natural medicine their daughter needs to prevents seizures. Corporate interests have made all alternatives to pharmaceuticals illegal, so the family is forced to flee to South Africa to get healthcare.

It sounds like a dystopian cyberpunk novel along the lines of The Verity Key, but this is actually the reality of New Zealand today.

A court in the Western Cape just ruled that cannabis can be used in the home without fear of prosecution. This means that South Africa has a more enlightened, compassionate and mature approach to the War on Drugs than New Zealand.

Does any court in New Zealand have the courage to do that? Not a chance in hell. Our judges and justice system representatives happily lick the arses of the politicians who command them to put Kiwis in cages for their use of a medicinal plant.

This comes after Uruguay fully legalised cannabis in 2013.

It might come as a blow to the pride of Kiwi readers to hear that their country, long considered forwards-thinking, is now more culturally backwards than South Africa and parts of South America. But it’s true, and we’re going to have to get used to it. They have surpassed us in cultural advancement, because we have stagnated so badly.

The total failure of the New Zealand Baby Boomers to hold the political class to account has meant that New Zealanders actually lack rights than people in certain parts of Africa enjoy.

When South Africa legalised gay marriage in 2006, Kiwis who knew about it mostly wrote it off as a fluke, one that went against the run of play. But now that a South African court has ruled cannabis legal – again, well in advance of any New Zealand court doing so – we Kiwis have to accept that we are now the socially and culturally retarded cousin in the relationship. They have surpassed us.

Even prisoners in Uruguayan jails have access to medicinal cannabis.

Cruel, but reflective of who we really are, not who we pretend to be. Our reputation as a world leader on social issues is gone, gone, gone. We pissed it down the toilet for tax cuts and a lift in the value of our property portfolios.

The third world country at the bottom of Africa that had apartheid based on race until 1994 is now more socially advanced than New Zealand. That’s how far behind we have fallen. That’s how badly the Baby Boomer intellectuals have failed us.

Kiwis, we are now more backwards than South Africa, and this is not a new idea that has fluttered into the consciousness but a grim reality that has been bitterly chewed over for a decade. Is there anyone left with the will to challenge this?