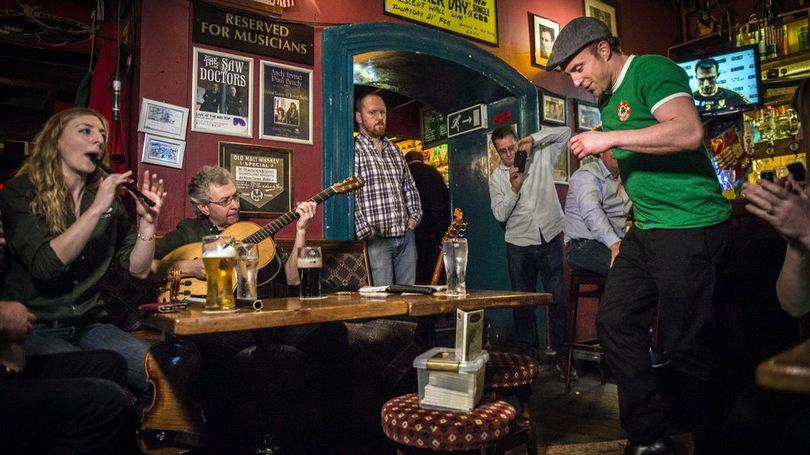 There are many different ways of making an elementary magical division among the people of the world. Some say that there are black magicians and white magicians, others say there are lightworkers and shadow-workers. This essay divides the world’s magicians into two basic types on their relation to order: orderworkers and chaosworkers.

An example of an orderworker would be a doctor who prescribes a medicine that gets rid of a disease. Such a person would recognise that the physical body before them is in a state of disorder, and their diagnosis and prescription is an attempt to apply order to reduce the suffering that the disorder was causing the patient.

A cleaner is another example of an orderworker. They take something that has become disorderly on account of use, and apply order to to it to make reusable for other people. They apply order with mops and vacuums in much the same way that a surgeon does with a scalpel – perhaps with less precision, but the action is the same on a metaphysical level.

Another example would be a Police officer or security guard. Their remit is to keep the peace or to prevent things from being stolen, which means that they have to impose order upon the various criminal elements out there. They apply order in the form of preventing outside elements from disrupting the status quo.

It can be seen from this that being an orderworker does not imply any moral superiority to a chaosworker or even any higher social rank, as order and chaos are on an entirely separate axis to good and evil. It’s simply a descriptor of someone who applies order to achieving their goals.

Chaosworkers introduce chaos into order. This requires some elaboration because many people automatically assume that order is a good thing and that chaos is a bad thing, and that anyone fitting the label “chaosworker” must be a destructive and malevolent force. This is true to an extent, but there are major ways in which it is not true at all.

An excess of order can also be sterile. A fertile ground for growth requires a variety of components that can interact with each other as necessary. An excess of order will produce a desert; such an environment requires the addition of chaos in the form of water before it can become fertile.

A chaosworker, then, is someone who releases someone else from bonds that imprison them, or who provides a form of novelty that serves to fertilise the mind of those who encounter it.

The most common examples of chaosworkers are the bartenders and musicians that one would encounter in a city’s entertainment area. After a hard day of work, most people have built up an excess of order in their minds. They have become excessively conditioned, and as such risk becoming entrapped by their thoughts. These people have a need to unwind.

Such an excessively conditioned person is at risk of becoming aggressive if they cannot get a chaosworker to help them relax. Bartenders and musicians are here in the same category as cannabis dealers, sportsmen and comedians. In applying chaos to people’s minds, these people break down harmful order and help them find joy and contentment.

Prostitutes are also chaosworkers, because they take a powerful instinct and work to dissipate it into something harmless. This chaos work serves to prevent rapes, suicides and other expressions of sexual frustration. Soldiers are another kind of chaosworker, in that they work to blow things up and to kill people. They break down the harmful order that is the enemy command and control structure.

Note that neither implies moral superiority. Although it’s certainly true that an orderworker will feel a kind of disgust at an excess of chaos, so too will a chaosworker feel disgust at an excess of order. As far as everyone else is concerned, the best of the two is whoever can best help with the current problem. A man with a broken arm needs an orderworker; a man with a neurotic obsession needs a chaosworker.