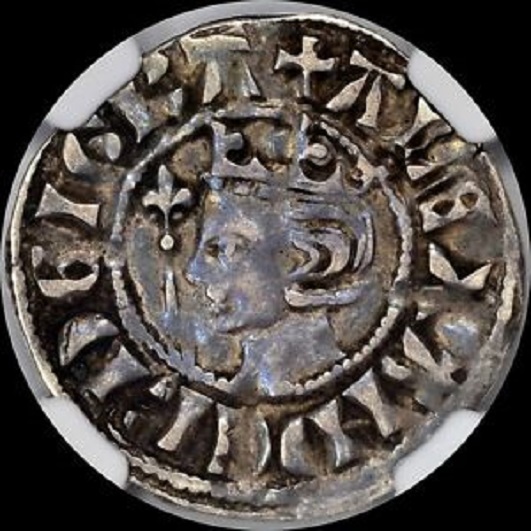 Alchemically speaking, there are two great conceits – one lesser and one greater. The lesser one is known as the Conceit of Iron, and relates to the arrogance that comes with physical dominance. The greater one, generally speaking, comes with intellectual dominance, and is closely related to the concept of hubris. This essay will examine what is known as the Conceit of Silver.

Silver is the first of the two precious metals, and one arrives in the realm of silver once iron is sufficiently brightened. As one progresses up the alchemical scale, thought moves from the simple bipartite distinction of strong/weak to the new distinction of smart/dumb. As such, there are now two distinct kinds of weak: the dumb-strong, and the dumb-weak.

The Conceit of Silver is not the same thing as simply thinking one is smarter than everyone else, although it is related. If one is intelligent enough to dominate both attractive women and muscular men, it’s very easy to become arrogant. Possessing unusual intelligence can feel like a superpower, because it makes it much easier to create change in accordance with one’s will.

The problem is that silver, by itself, cannot make moral decisions. Intelligence is a great thing, but without wisdom it can only ever be directed towards fulfilling egoic desires. Without the capacity to feel empathy for other sentient beings, an individual cannot act to end the suffering of them. Such a person is unenlightened.

Without at least some of the element of gold, a person acting in the realm of silver will act to accumulate resources or to raise their social standing, not to reduce the suffering of other sentient beings. Much of the moral grandstanding that people of silver engage in claims to achieve the latter, while really achieving the former. It isn’t always clear how much of this is conscious and how much is unconscious.

The Conceit of Silver is, in short, the belief that higher intelligence, education or social standing makes one a moral authority.

This happens in two major ways: by thinking one is gold when one is silver, or by denying the existence of gold altogether. This is a very easy mistake to make if one is of the silver, because if one is aware of such, then it follows as a general rule that most of the rest of the world is baser. Generally speaking, others are dumber, and their desires short-sighted. But this rule does not always hold.

The classic example of the Conceit of Silver is when a person achieves a high position through scheming, inheritance or politics, and then assumes that they must possess a commensurate moral superiority. At its worst, this conceit can lead a person into thinking that their individual egoic desires are the same as the Will of God. Such a person can be extremely dangerous if in power.

The Conceit of Silver is that it assumes itself to be divine. Individuals prone to this conceit are apt to say things like “Intelligence makes humans unique from the rest of the animal kingdom,” inspired by their failure to appreciate the perspectives of others. This will usually reinforce a belief that intelligence confers moral authority, or, even worse, a belief that education or birth station confers moral authority.

In fact, there’s an argument that the only reason why intelligence evolved so prodigiously in the human animal is because our social structure allowed for an unprecedented degree of scheming, lying, backstabbing, cheating and all kinds of general skullduggery. From this perspective, intelligence could even be seen as a moral negative, a sign that one clings to material power.

Finding an example of the Conceit of Silver is easy. All it takes is to go to a university and to find a person who believes that they might be smarter than everyone else there. At any university, there will be plenty of them. In the absence of a university it’s only necessary to find a place where intellectuals gather, or even a professional association.

It isn’t easy for an intelligent person to agree that their brainpower is not particularly valuable in comparison to wisdom. The majority of intelligent people make a living out of their brainpower by way of learning a valuable profession. It’s therefore very hard for them to set all of this silver aside, and to admit that possession of it doesn’t make someone a morally superior person.

It takes a mercurial sort of personality to admit that one’s intelligence, however vast, is not sufficient to conclude that one is fundamentally more valuable. That, despite being smarter, one might be of less value than a person of iron or clay if the right circumstances arose, or if one had the wrong moral direction. This element of mercury is necessary for the alchemist to successfully transition from silver to gold.

The truth is that gold is the most malleable of all metals, and that gives it one paradoxical quality: it doesn’t resist when claims to leadership are made by men of silver. Because silver is harder than gold, it’s usually possible for those of silver to force those of gold out of leadership positions by way of intimidation or verbal and social aggression.In today’s degraded age, this has taken place all over the world.

The universities, the religious and spiritual movements and the political movements have all been taken over by materialists pushing some irrational political ideology or other. The element of gold has been pushed to the peripheries, making it possible to ask whether we live in the Kali Yuga. The Conceit of Silver is everywhere.

One thought on “The Conceit of Silver”