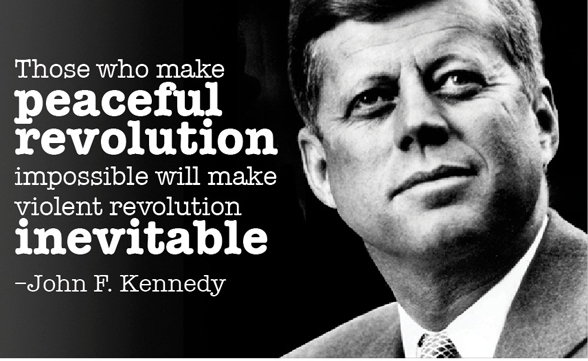 My first ban from FaceBook was for writing the phrase “But Hitler didn’t do anything wrong”, which in context was obviously a joke response to a troll. It lasted 24 hours. I then got a three-day ban for quoting someone else who said the word “faggot” and then a 7-day ban for posting an image of an SS soldier with the caption “Begone Degenerate” in response to someone advocating pedophilia. During this 7-day ban I discovered a place called /pol/.

Having grown up in a generation where everyone called each other “faggot”, and where it was taken in good humour, getting banned from FaceBook for it generated some resentment. Although it was only a small amount, it emphasised the open welcome I got from /pol/. Whereas FaceBook made me feel like a morally defective subhuman that needed to go into a gulag, /pol/ made me feel normal and among friends.

The same sentiments that got me excommunicated from Mark Zuckerberg’s platform were expressed by many on /pol/. I naturally, therefore, decided that it was a great place full of honest, brave and intelligent people. Others will no doubt disagree – most will say that /pol/, like 4chan, is a cesspit. Anyone who does think this, however, might want to think about how FaceBook censorship drives people to places like it.

What happened to me is far from unique. Many people who like to discuss politics, but who got banned from FaceBook, came to feel the same way about /pol/ as I did. If free speech is censored on the grounds that certain political opinions make other people feel bad, this will lead inevitably to those banned people finding company in places where they feel welcome.

For paranoid individuals like an Anders Breivik or a Brenton Tarrant, it’s not easy to handle getting banned from FaceBook for making a joke, when openly genocidal comments go unpunished if made by the right people. This is precisely the kind of thing that convinces people that an overarching leftist conspiracy to destroy white people exists.

There appears to be a great and terrible delusion on the part of many leftists.

The delusion is that they are entrusted with some kind of teacher role and the rest of the world are moral reprobates in need of correction. They seem to imagine that getting banned from FaceBook for 30 days means you have to sit in the naughty corner and think about what you have done. In reality, it’s closer to getting kicked out of the classroom and smoking cigarettes with the truants behind the bike sheds.

Banning people from FaceBook has a similar effect to banning people from civil society and sending them to prison. In much the same way that prisons often serve as “universities of crime”, so can the darker regions of the Internet serve as centres of radicalisation. Censoring social media, far from inspiring people to investigate themselves for moral weaknesses, simply pushes them into the company of people who make no effort at all to hide their hatred.

The worst thing, however, isn’t that naughty people might be forced into the company of other naughty people and have their naughtiness normalised. It’s the resentment that such heavy-handed tactics create among those rejected. This resentment is truly dangerous.

There’s an African saying that has it “If a child is not embraced by the village, he will burn it down to feel its warmth.” For all the damage that might be done by exposing young shitposters to radical Nazis, it’s much worse for those young men to get jettisoned from the arena of public debate, because this makes them hateful.

In such an atmosphere, a person banned from FaceBook could come to see genuine Nazis as fellow victims. Worst of all, they might come to relate to the kind of resentment that inspired the Christchurch mosque shooting. If honest people get banned and end up on /pol/, and then end up shooting people, then maybe shooting people is the path that honest people get forced down?

FaceBook censorship plays a direct role in the radicalisation of young men like Tarrant and Poway Synagogue shooter John Earnest. This censorship plays a direct role in feeding the sentiments that make these young men feel that they have the whole world against them. The sense that free-thinking people are being persecuted by an inhumane and tyrannical neo-Communist shadow regime becomes entirely believable when FaceBook bans people for making slightly off-colour jokes.

The answer is not to ban places like /pol/. For one thing, that could never work in the age of VPNs and Tor browsers. The answer is to normalise the idea of free, intelligent and respectful political discussion in all places. This way, men like Tarrant, who have legitimate grievances and fears about the way his nation is going, can express those grievances instead of feeling forced to pick up a rifle.