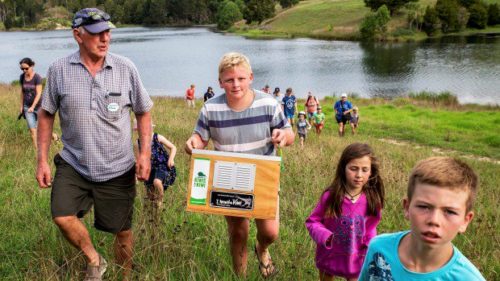 The electoral divide between Labour and National is usually characterised as one of wealth, and to a major extent it is. But it is also about age to a major extent, and some of the correlations between age and party allegiance are surprisingly strong.

These correlations are especially strong if they are compared with the respective ones for the 30-49 age group. This age group is almost entirely indifferent to the mainstream parties. The correlation between being aged 30-49 and voting National in 2014 was 0.19, and for voting Labour in 2014 it was -0.04.

Indeed, at the other end of the age range, support for New Zealand First was about the same level – the correlation between being aged 15-19 and voting New Zealand First in 2014 was 0.05. This suggests that the early signs of Generation Z being a conservative throwback to a previous mentality may well be replicated in New Zealand.

In particular, we can see the influence that the higher birth rate of Maoris has. All of the parties generally associated with a high degree of Maori support (Maori Party, Internet MANA, New Zealand First, Aotearoa Legalise Cannabis Party and Labour) had correlations of at least 0.45 with both of the age groups of 0-4 and 5-14 years of age.

The Maori Party and the ALCP were the strongest of these, New Zealand First and Labour were the weakest, and Internet MANA was in between.

The degree of disenfranchisement that the young suffer can be seen from the fact that there is a very strong correlation of 0.77 between median age and turnout rate in the 2014 General Election. This correlation is so strong that it speaks of a widespread perception among the young that there really is no point in voting on account of that the entire system is set up specifically to serve people other than them.

The only other party that generally appealed to old people was the Conservatives. The correlation between voting for them in 2014 and median age was 0.75.

The Greens, despite that they are the mutual nemesis of the New Zealand First Party, appeal to a similar average age of voter. The correlation between voting Green in 2014 and median age was -0.17.

Predictably, there were significant negative correlations between median age and voting for any of the minor Maori-heavy parties. These were Maori Party (-0.66), Internet MANA (-0.65) and ALCP (-0.55).