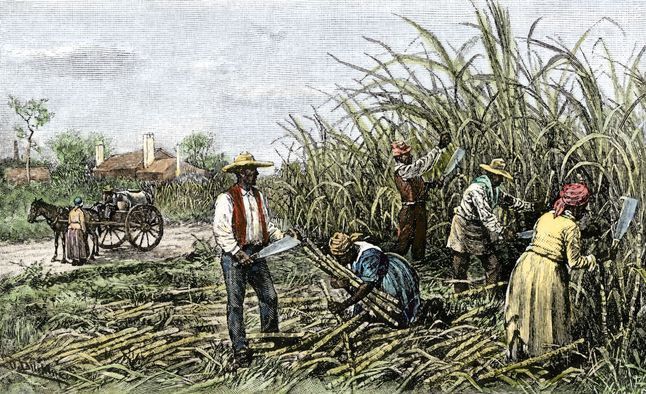 The school system and the mainstream media put a lot of effort into convincing us to be grateful for our lot. An entire apparatus of propaganda is devoted to pre-emptively quell rebellious impulses, so that our ruling classes can go about their business unaffected. As this essay will discuss, the overall quality of the lives of many of us today may be lower than that of chattel slaves in times past.

Although it is not acknowledged today, there are many advantages to being a chattel slave that are not enjoyed by modern workers.

The physical body of the slave is an expensive asset. The joke is that slaves are antique farm equipment, but there’s truth to it. In relative terms, spending on maintenance to keep the bodies of the slaves healthy is one of the largest expenses borne by a plantation owner.

One thing about the modern system of employment is that responsibility for the maintenance of the body of the worker is placed back on the worker. The worker is paid when the slave is not, and this single fact alone is supposed to entail perfect freedom. But this means that the worker themselves have to bear the cost of maintaining their body so that they can continue to work.

In today’s economy, there are many workers who are also homeless. This doesn’t happen under a system of chattel slavery, because under such a system the slaveowner is obliged to provide shelter to his valuable assets, lest they become sick and unproductive. This incentivises the slaveowner to build and provide adequate housing.

The modern employer has no such concerns. The worker themselves is responsible for their housing, and if they have to go homeless then tough shit. The employer doesn’t need to care because, if the homeless worker becomes sick or dies, they can just import some more cheap labour from overseas.

The modern worker is also responsible for their own food and medicine. One might argue that the range of food choices available to the modern worker greatly exceed that available to the slave. Against this, it has to be pointed out that the slave ended up eating more nutritious food on average – as evidenced by lower rates of obesity and diabetes. The slave may not have had a banquet every night, but their owner did have an interest in maintaining their body.

This interest in maintaining the body of the slave, on account of that it was a valuable asset, is why slaves were not beaten and whipped as much as is often supposed. The degree to which this happened would seldom have exceeded the point at which it cost the slaveowner money. A slaveowner isn’t going to beat a slave to death any more than a farmer is to set his own combine harvester on fire. It would just cost too much.

This disinclination to abuse underlings does not apply to the modern working environment. Although corporal punishment is illegal, in practice any amount of psychological abuse is legal. Bullying and threats are considered normal and acceptable ways to establish compliance.

The reality, however, is that all employers within a country collude to make sure that labour costs never rise above a certain point. This they primarily achieve by lobbying the government to allow, and by propagandising the population to accept, the mass importation of cheap labour. This has the effect of driving labour costs to the floor. Therefore, it doesn’t matter where the worker goes – he can only earn a pittance.

If the worker wants more than a pittance, then fuck him out the door and replace him with an immigrant who lives thirty to a house and who is (ironically) supporting a family in their homeland with their remittances. They will be happy to be earning minimum wage because they’re not trying to raise a family here.

Others might make the argument that the modern worker is free to upskill if they don’t want to take a position where they are treated poorly.

For one thing, this ignores the fact that many people are not capable of upskilling to the middle class on account of that middle-class jobs almost invariably require an IQ of 100 or higher – and only 50% of the population has that.

For another, it ignores the fact that mass immigration has been so intense in recent decades that even wages for skilled labour have been driven to the floor. Realistically, in our modern society, there are owners and the owned – and the owners feel they have the right to staff their properties with whoever they see fit.

A further advantage to being a chattel slave on a plantation is that it was possible for your work to get done. A cotton plantation only has a certain acreage, and the harvest only occurs at certain times. Outside of these times, if there’s no work to do then no work gets done. When it was time to work the days would have been long and arduous, but the shifts wouldn’t have been longer than those worked by oilmen or hospital staff today.

This contrasts with the modern workplace. In the modern workplace, the employer has their systems optimised to squeeze every last second of productivity out of their worker, who works to an industrial schedule. The average workplace is no longer supporting a local industry, but is now part of a globalised network of industries that pillages the local area for the profit of someone who lives on another continent.

Perhaps the foremost advantage to being a chattel slave, however, is that it was possible to have someone to hate. The slaveowner might expect that you will work a certain number of hours for no pay, but at least you could hate him and talk to the other slaves about how terrible and evil he was, and you could expect them to agree.

The modern workplace offers no such simple pleasure. Hating your employer will see you fired nine times out of ten, and even confessing such a hatred to a workmate is liable to see you sacked. You’re expected to absorb psychological abuse and remain grateful for the fact that you’r able to eat.

All in all, the modern industrial worker might have many reasons to feel envious of a chattel slave from bygone times. That kind of life would not have been easy, but at least the suffering inherent to it would be limited by what was technologically possible for the time. The advanced and sophisticated psychological cruelty of the industrial system would not have been a factor.

One thought on “Is Being A Worker in 2019 Preferable To Chattel Slavery?”