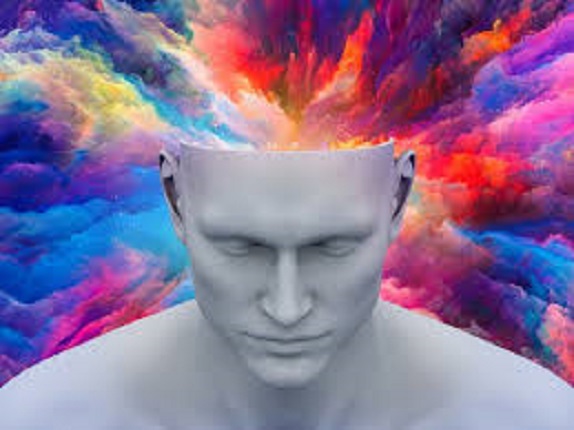 The phrase “Weapons of Mass Destruction” evokes a special horror, with thoughts of Hiroshima and the incineration of a hundred thousand people in a matter of heartbeats. The geopolitics of today have made the use of such weapons impossible, but this only affects the physical realm. In the psychological realm, weapons of mass destruction are still being employed. This essays discusses some of these weapons of mass psychological destruction.

There are four basic ways to enslave a person or group of people. The two physical ways are through threats of starvation and violence, but there are also two psychological ways. These are confusing the mind and confusing the spirit. In the same way that weapons of mass destruction can destroy people in the physical realm, so too do weapons of mass psychological destruction destroy people in the intellectual and spiritual realms.

The primary weapon of mass psychological destruction is the mainstream media, in particular the television, but also YouTube to a major (and increasing) extent. The mainstream media serves the purpose of delivering disinformation to the people, so that they can no longer tell truth from fiction. It does this both by lying about the truth and by selective focus on the truth.

Because humans are naturally trusting, most people believe that the mainstream media is a reliable source of information, or that if manipulation exists it is only minor and easily countered. Consequently, if the television states something as true, then it is taken as true. Anyone questioning the authority of the television risks becoming ostracised, which is how the ruling class keeps people in check when they can’t imprison or starve them.

The mainstream media serves as a weapon of mass psychological destruction by telling lies that misdirect the will of the people. Instead of telling them who is really to blame, the media funnels rage towards a panoply of petty criminals. By such means, a racist remark to a waitress becomes a national scandal, while the theft of an entire generation’s wealth goes without mention.

The publishing industry is very much a part of this. As Otago University Professor James Flynn discovered this week, the mainstream publishers will simply refuse to publish anything that’s too honest. Professor Flynn’s book about free speech revealed a brutal truth: the mainstream publishing industry censors information in order to shape public opinion to suit its agenda.

Because the mainstream media is owned by foreign banking and finance interests, the crimes of those interests are covered up by that media. Only the alternative media reports on the fact that the nation is being plundered by foreign banks, with a massive transfer of wealth away from New Zealanders to the shareholders of those banks. ANZ alone made almost $2 billion in net profit last year – $500 for every Kiwi adult.

The second major weapon of mass psychological destruction is the school system. The school system conditions people, much like lab rats, to be submissive to authority. Over the course of a decade or more, children are punished for doing, saying or thinking anything that they have not specifically been given permission for.

This is a true weapon of mass psychological destruction because it makes it possible to manufacture consent for all manner of Government atrocities. Had it not been for the normalisation of the Prussian style of schooling to meet the needs of industrialisation, the mass slaughters of the first half of the 20th century may have been impossible. A population conditioned into obedience is liable to do anything without hesitation.

Today’s world doesn’t condition people for physical warfare, but it conditions them for the psychological warfare that is characteristic of our age – the propagandising, the relentless advertising, the passive and cowardly nature of our political discourse. In particular, it conditions them to sit and passively absorb such information under the assumption that it’s coming from an authority and is therefore true.

The school system punishes children for the slightest refusal to submit to authority. For over a decade, children are conditioned to surrender all day, every day, their every thought and action determined wholly by the will of the relevant authority. By the end of school, children have been so brutalised that they can’t offer the Government or their employer any meaningful resistance.

The Government serves as a third way that weapons of mass psychological destruction are employed against the populace. The Government passes arbitrary and immoral laws that serve to set people against each other, with the honest half of the population defying such laws and the submissive half obeying them. This puts them at each other’s throats, making ruling over them easy.

They also take from the productive to finance a variety of schemes. Although many of these schemes increase the productivity of the populace (such as healthcare and infrastructure), many of them pointedly do not (such as enforcing cannabis prohibition and importing Third World refugees). By such means is the people’s wealth wasted, making it harder for them to achieve independence. The frustration and humiliation that this engenders also promotes submission.

The Government teaches people that the course of their lives are not decided by them, but dictated from above by powers the people have no control over. The people learn that laws such as cannabis prohibition just have to be surrendered to. By these means, the actions of the Government serve as a weapon of mass psychological destruction that saps the people’s will to resist the predation of the ruling class.

The purpose of deploying all of these weapons against people is very simple – it’s the usual story of greed. There are limited resources on this planet, so we either have to share them or force each other into positions of dependency. The people who have arrogated to themselves the position of ruling class want to have the power to not share those resources. Consequently, we must fight for social position.