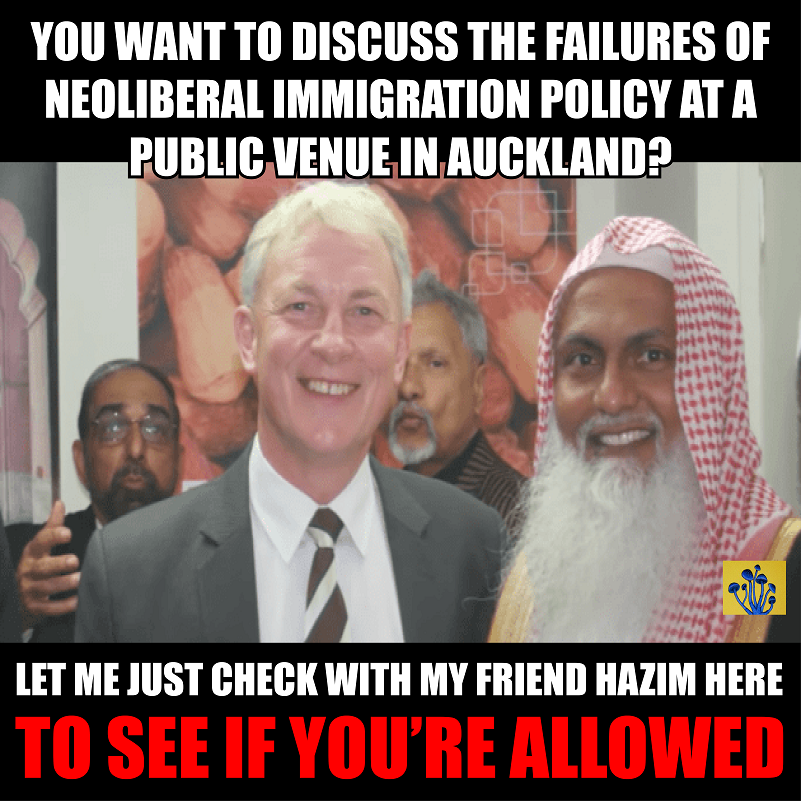 For many of us in Generation X, it was easy enough to associate the right with authoritarianism. The association was so obvious that it was near enough to a universally held belief for those born between the mid 60s and early 80s. As this essay will describe, the sands have shifted under us, and the left is now the authoritarian side.

In the 1990s, Christian fundamentalism still had a powerful grip on the moral consciousness of the West, especially the Anglo part of it. Age restrictions on television and movie content were standard. Music was made to carry labels that warned of explicit lyrics. Purchasing restrictions on alcohol were commonplace.

All of these restrictions were driven by a religious fundamentalist sentiment that not only believed that pleasure was sinful, but that those same religious fundamentalists had the right to force laws restricting those pleasures on the population at large. This self-righteous indifference to the will of others engendered a great deal of hatred for the right among those who grew up at the end of the 20th century.

Generation X hit adulthood, therefore, with the near-universal belief that the right wing, and anything associated with the right wing, was the authoritarian side, and the path to liberty and freedom lay in opposing them.

This worked out pretty good for about a decade. It inspired Generation X to resist the Iraq War, in part by organising history’s largest ever protests. It also inspired them to resist the PATRIOT Act, the West’s first example of true mass surveillance. By the middle of the first decade of the 21st century, many had a sense that a golden age awaited the world once the Baby Boomers ceded power to the Gen Xers.

It wasn’t until Barack Obama was elected, ironically, that things really started to go to shit.

Obama was the first Generation X American President (more or less). He had taken office with a lot of fanfare about a new age of democratic politics, where Presidents listened to the people instead of mysterious, unelected advisers. Exemplifying this new era was a website where the American people could submit their concerns directly to the political class by way of Internet petition.

The most popular petitions on this site generally related to cannabis law reform, for the reason that cannabis prohibition is arguably the most egregious modern example of Western governments abusing the human rights of their people. To the surprise of many, Obama just completely ignored all of these pleas, and went about instituting the agenda that he had had long before running for the Presidency.

A recent mainstream media piece made an appeal to Helen Clark to intercede on the side of cannabis law reform. This appeal is misplaced, because the left hasn’t cared about freedoms for a long time. They didn’t have to, mostly because the right so conspicuously didn’t care for so long that the left won the libertarian vote by default.

The New Zealand Labour Party’s total refusal to campaign for the repeal of prohibition has astonished some and disappointed others. Many of us expected Clark to make a move on medicinal cannabis 20 years ago, when she was in power and had the chance. After all, California made medicinal cannabis legal in 1996 and the Fifth Labour Government came to power in 1999.

Their flat refusal to do is, however, just part of a wider pattern of leftist indifference to human rights. The left has now completely sold out to corporate interests, as evidenced by their support for the mass importation of cheap labour, by their working hand-in-glove with the corporate media and by their refusal to accept the result of the Brexit referendum.

Gun rights have been stripped, and the right to express political opinions without interference has been thrown out the window. Kiwis are now facing a protracted campaign of Police harassment for anti-Government posts on social media, so much so that one can now seriously ask if New Zealand is a police state.

The reason for all this is that the left, now being authoritarian, demands ideological purity with the same kind of bone-headed ruthlessness that the Nazis once demanded racial purity. Therefore, any and all measures that increase ideological diversity must be opposed. Anything that increases a person’s propensity to generate novel thoughts or ideas is right out.

They don’t want people using cannabis because then people come to think freely, and they want to be the ones dictating what people think (for the greater good, of course).

When the left champions diversity, they mean the sort of superficial diversity that makes a people easier to control. They mean the diversity that allows them to divide the population into numerous teams and to set those teams against each other through their control of the apparatus of propaganda, in particular the mainstream media.

In summary, the reason why the left doesn’t care about human rights any more is because they are now the authoritarians. One entire generation has passed since the right were the authoritarians, and now the political landscape is very different.

The right, for their part, have been extremely slow to capitalise on this by moving towards libertarianism. If the right would set its flag on the libertarian side of the fence, as a few politicians have done (David Seymour of the ACT Party being the most prominent), they could benefit heavily from it. If Donald Trump would call for legal cannabis, the right would achieve a masterstroke of propaganda.

One thought on “Why The Left Doesn’t Give A Shit About Drug Law Reform, Gun Rights or Free Speech”