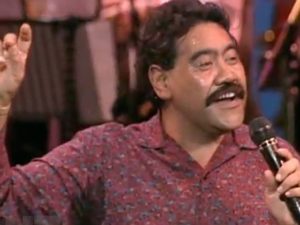 This essay is based on a premise that will aggravate some and endear us to others: that Kiwis born in New Zealand are significantly more representative of what constitutes Kiwi culture than Kiwis born outside of New Zealand, and so much so that this factor alone can tell us things about ourselves.

With that defined, here are the political parties of New Zealand, ranked in order of how unlikely it is that a Kiwi born in New Zealand would vote for them. This unlikelihood is expressed as a correlation.

-0.74, ACT: It isn’t really surprising that the Get Rich Quick party has the lowest correlation with being born in New Zealand. The entire point of the ACT Party is essentially to rape the country and then sell it off, not to the highest bidder, but whoever comes up with some cash first.

The ACT Party has a relationship to New Zealand roughly analogous to the relationship a medieval Arab slave trader had to his Nubian slaves. Perhaps the best example of how the ACT Party fails to be Kiwi is that, even in a political environment where the centre-right National Party has completely crushed all opposition, they can’t manage more than one single seat.

-0.36, National: This correlation is fairly similar to that between net personal income and being foreign-born, which suggests that most of the immigrants that we let in on the grounds of being rich vote National.

As for those of us born here, we tend to not like National much because they’re not really the party of the Fair Go. They’re more like the party that charges First World prices while paying Third World wages. They don’t have quite the lowest correlation though because there’s something Kiwi about capitalist exploitation, as we are, after all, children of the Empire.

-0.22, Conservative: There is something mildly Kiwi about a party that just won’t give up in the face of insurmountable odds. Especially when that party is led by a weirdly creepy fundamentalist Christian fellow who sets off all kinds of sexual predator alarm bells in the heads of those watching him talk.

There is a well-established conspiracy theory that the British dumped their sexual deviants in New Zealand in the same way they dumped their criminals in Aussie. If there is any basis at all to this sort of thing then the Conservative Party are perhaps a natural long-term manifestation of this policy.

-0.01, Green: The Greens are a mixed bag. In some ways they represent the very best of us, and in others the very worst. In so far they represent the best of us, the professional, scientific and technical class – those with the best understanding of the systems we rely on to support ourselves and the challenges facing their sustainability – tend to vote Green.

In so far they represent the worst, there is no party more puffed-up and self-righteous, and supporters of no other party are as likely to hate you for disagreeing with them. In that manner the Greens represent the kind of of arrogant elitism that has used New Zealand as a social psychology laboratory for over a century.

It’s easy to imagine that the Greens might want to bring in ten million refugees in one hit and make it a criminal offence to raise public opposition to the idea. Which is exceptionally unkiwi.

0.01, Labour: Labour are basically the same as the Greens, and for similar reasons. This is why the strength of the correlation between voting Labour and being born in New Zealand is essentially nil.

All in all, the Labour Party is a big mess of confusion about which little can be accurately said.

0.54, Internet MANA: Perhaps fittingly, the next three parties on the list are all led by Maoris. Hone Harawira, whose family name is deeply entwined with the entire New Zealand power structure, was the public face of this abomination.

However, a party funded by a big fat criminal from Germany has an upper limit on how Kiwi it can ever be, and despite Hone’s best efforts Internet MANA tops out at 0.54.

0.62, Maori Party: Blundering mindlessly forward into your own destruction despite both obvious signs that the path forward is suicide and many chances to turn back is quintessentially Kiwi (this is essentially the spirit of Anzac).

So when the Maori Party stakes the entirely of its political capital on a hamfisted attempt to “help” Maori people by taxing them into the local Mental Health Unit on account of them using tobacco, it’s perfectly representative of them to double down and to keep increasing the taxes despite repeated warnings from academic researchers that it is counterproductive.

Being led by a Maori who doesn’t know if he’s left wing or right wing and who is a little bit shy about even identifying as Maori in the first place is like a Kiwi caricature.

And that leaves us with the most Kiwi party of them all, which is…

Apart from the All Blacks, Vegemite, and being shy about getting naked, cannabis use is the strongest identifier of actual Kiwi culture out of the lot of them. There’s nothing else that brings Kiwis of all classes, races, cultures and occupations together like smoking weed.

If any of this reasoning has failed to convince the reader, just ask yourself: who would Billy T James have voted for?

This article is an excerpt from Understanding New Zealand, by Dan McGlashan, the complete guide to the voting and demographic patterns of New Zealanders. First ediction published by VJM Publishing Winter 2017.