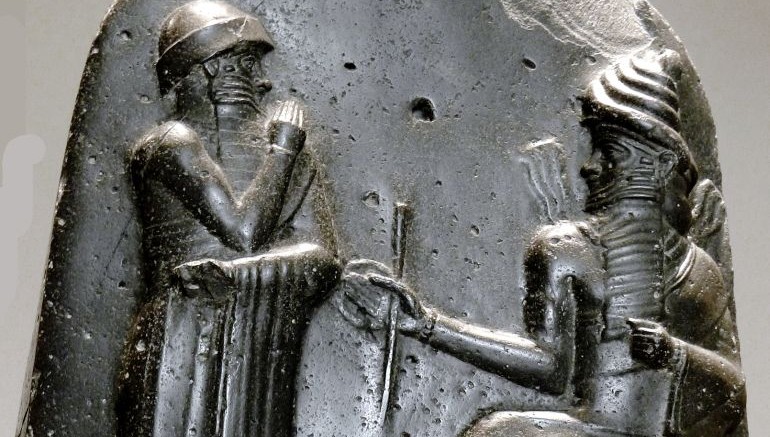 When people talk about whether or not something is illegal, they’re talking about whether or not something is against the law. The problem with this logic is that there are several different kinds of laws, and some of them override others. As this article will examine, there is a realm of law corresponding to each of the four masculine elements of clay, iron, silver and gold.

The realm of clay corresponds to natural laws. These laws are fundamental, and therefore they underpin all the laws of iron, silver and gold. Like the clay, these laws are so fundamental that they don’t need to be written down, and they don’t need to be understood. They are simply Nature doing its thing, and they have applied long before any human laws existed, and still apply to the vast, vast majority of the Earth’s creatures.

In a state of Nature, most people are barely aware that these laws exist, until they feel the pleasure or pain that comes with acceding to, or violating, those laws. But the laws of Nature exist no matter whether a person is aware of them or not. Fall off a cliff, you die. Eat poison, you die. Get too close to the big animal with the sharp teeth, you die.

Although the basic laws of Nature are physical laws, and then chemical laws, some of them are also biological laws. Laws of clay that start to approach the realm of the laws of iron are those like “Don’t try to have sex with female X or male A will thump you over the head.” These are essentially the same laws that non-human creatures use to defend their territory or resources. “Might is right” is an example of the laws of clay.

The realm of iron corresponds to the the laws that are enforced by organised human violence. When civilisation began, all offences against the sensibilities of property owners were written down into a code of laws, and penalties for transgressing them proscribed. An entire class of judges and jailers came into being to enforce these laws, paid for by the surplus wealth generated by the order that came with civilisation.

These are laws of iron because the Police will beat you up or put you in a cage if you disobey them. You may even get your head chopped off with an iron axe. Unlike natural laws, legal laws are written down, and therefore can be enunciated very clearly (although some will always quibble). The point of this was to distinguish them from the laws of clay, which were never any more than simple animal instincts.

Like iron, the laws of iron are unyielding. The Justice System doesn’t care if you knew it was illegal or not, or if you really meant to do it or not. Justice is blind, which is another way of saying that it is merciless. Laws degrade into laws of clay once money starts getting involved in the justice system and better lawyers get lighter sentences. But when they don’t degrade, the edges of them become gilt with silver.

The realm of silver corresponds to the laws that are enforced by society. These are the laws that relate to social status, i.e. whether or not a person is considered high value by their community. Violating laws of silver doesn’t carry a risk of arrest like violating laws of iron does, but they can lead to people being less friendly towards you, and giving you fewer employment, social or romantic opportunities. Obeying laws of silver tends to lead to the opposite.

As silver is softer and brighter than iron, so are the laws that fall under the realm of silver more malleable than those that fall under the realm of iron. A person who has transgressed a law of silver, and who has earned some enmity from his fellows, can escape punishment by making a sufficient compensatory effort. Therefore, the laws of silver are more subtle than the laws of iron, and can also change on a whim.

However, like iron, they are cold and sharp enough, in their own way. Many a man has been found innocent at trial but nevertheless destroyed by whispering and gossiping. Social exclusion might be more subtle than an axe, and the consequences less permanent, but it is still enough to cause suffering, and therefore enough to modify social behaviour.

The realm of gold corresponds to the laws that are enforced by God. In this sense, the laws pertaining to the realm of gold are similar to those pertaining to clay, in that they are not written down, and neither are they social. Although other people might be able to help a person understand the laws of clay and gold, they can’t force that person to abide by them, unlike the laws of iron and silver. They can only instruct and leave it up to that person’s true will.

It isn’t easy to speak about what the laws of gold are, but it can be said that they are even more subtle than those of silver and iron. Here we are speaking of laws like the law of karma and the law of attraction. It has to be understood at this point that the realm of gold is the realm of consciousness, and its laws relate to how to alter the frequency of one’s consciousness.

Much of alchemy is the art of playing higher laws off against lower ones, so that one causes change in accordance with one’s will despite being bound by laws the entire time. This is a subject of its own and deserves its own essay, but there are some things that can be said about it here.

One can alter one’s consciousness by obeying laws in higher realms at the expense of laws in lower realms. The most powerful example of such a thing was the example of Socrates. By obeying the laws of gold, and completely ignoring all of the laws of silver, iron and clay to the point of causing his own death, Socrates made himself immortal in this world. Likewise, gathering with friends to break unjust laws of iron (such as drug laws) can create magically powerful bonds of solidarity.

This is another possible interpretation of Aleister Crowley’s saying that “The key to joy is disobedience”. By disobeying the cruder laws, such as the law of biological entropy, unjust statutory laws and by prising the truth above social fashion, it’s possible to raise the level of one’s consciousness. A skilled alchemist can therefore reduce the level of their suffering, and the level of the suffering around them, even as they disobey laws, and even though disobeying those lower laws consistently brings suffering.