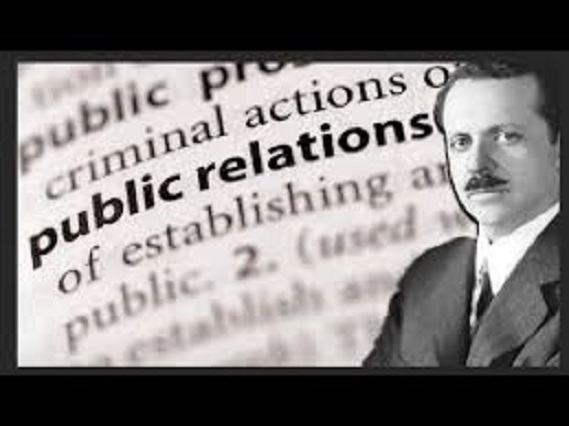 The sixth chapter of Edward Bernays’s Propaganda is called ‘Propaganda and Political Leadership’. Having elaborated upon the basics, Bernays now turns to what this book is best known for.

The chapter opens with an almost Machiavellian statement of anti-democracy. “No serious sociologist any longer believes that the voice of the people expresses any divine or specially wise and lofty idea.” The leader, then, has an obligation to use propaganda to induce the people to go in the right direction.

Curiously for 1928, Bernays is in a position to lament the apathy that already existed in the American voting population of the time. He presages the coming of Adolf Hitler when he states that this apathy only exists because of the failure of any political leader to capture the imagination of the public (this might be because propaganda has been used to destroy political communication).

Voter apathy is here blamed on the inability of politicians to dramatise themselves and their platforms in terms that have real meaning to the public. This cannot be achieved by a politician who merely follows the public whim. Given the strictures of democracy, “The only means by which the born leader can lead is the expert use of propaganda”.

Political campaigns ought to be planned and conducted as professionally and as meticulously as any advertising campaign of a large company. To this end, they would do well to be honestly funded. Bernays decries the “little black bag” method of funding, on account of that it lowers the prestige of politics.

Politicians, as leaders, ought to be creators of circumstances, not victims of them. In this, they have to be clever. The old-fashioned approach is to assault voting resistance head-on, through argumentation. The new approach is to arrange things so that such a conclusion seems dramatic and self-evident.

The best thing is to agitate the public into a sense of anxiety beforehand, so that when the politician speaks it is as if they are providing the answer to a desperate question. Bernays expresses a strong conviction that untrue propaganda will never drive out the honest, because the untrue propaganda will become weakened by growing public awareness of it.

Viewed from ninety years later, it seems that Bernays was altogether too naive and trusting. He wasn’t wrong when he says that the question of whether the newspaper shapes public opinion or public opinion shapes the newspaper is a bit of both. However, he didn’t appear to have anticipated that those who control the apparatus of propaganda would choose to pump it out ever more shamelessly, nor that mass media would see us soaked in propaganda 24/7.

A real leader ought to be able to use propaganda to get the people to follow them, rather than them follow the whims of the people. Again, Bernays emphasises that understanding the target audience is crucial: “The whole basis of successful propaganda is to have an objective and then to endeavor to arrive at it through an exact knowledge of the public and modifying circumstances to manipulate and sway that public.”

Government can be considered the “continuous administrative organ of the people”. To this end, an understanding of propaganda among its workers is vital for the sake of clear and accurate communication. Bernays prefers to describe this as education rather than propagandising. Perhaps the difference was more distinct in the 1920s.