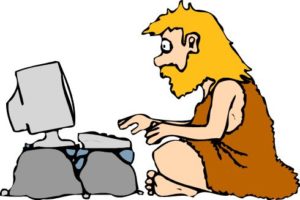 The greatest selective advantage that the human creature has over its competitors is an unrivalled capacity for intelligence. This manifests as an ability to make use of information. Few are aware of it, but the human relationship to information has undergone a revolution over the past 25 years – and it has implications for our conception of intelligence.

It used to be that there was a shortage of information. Now there is a surplus. In many ways, this has been a good thing. In some ways it’s had strange implications.

Some of the ways it is good are like the way creatures that have adapted to a shortage often find themselves thriving when there is a surplus, such as athletes who have trained at high altitude where there is a shortage of oxygen.

It has meant that researchers and academics now have it easier than ever. Instead of relying on a librarian or punch cards, researchers can put a regular expression into a search engine which has crawled all the papers in their field (or subset thereof).

In fact, most people have in their pockets instant access to more information than physically exists in the largest library in the world. This is fairly straightforward, and not as interesting as the ways in which it is strange.

The strangest implication of our new relationship to information is that it is no longer about finding rare nuggets of truth among fields of irrelevant or easily dismissed information. Now it’s about knowing how to distinguish those nuggets of truth from nuggets that might look or sound very similar but which might really be full of falsehood.

Becoming educated about a subject used to be like finding diamonds among rocks – now it’s more like sorting the wheat from the chaff.

Being correct is now no longer a question of having money to buy books or to hire a learned tutor and having a good enough memory to recall what one has been told. Now it is a question of gullibility.

Take climate change as an everyday example. Determining the truth of this isn’t as simple as just finding out what the foremost expert thinks.

And what is the extent of politics on the science of climate change?

Questions like this once didn’t need to be asked because there was no way of propagating enormous amounts of dis- or misinformation like there is with the Internet of today. Often things were as simple as finding the nearest university professor who had an interest in the subject, and that was as good as one could hope for.

Dealing with this change is difficult because it requires an entirely different set of mental skills. The new paradigm prioritises nuance and probability over revolution and absolutes. Shades of gray instead of brutal black and white.

One now has to be more streetsmart with research, and accept that politics has a much greater influence on science – especially the soft sciences – than most would dare admit. Today’s climate change debate appeared in the previous generation as the debate over racial intelligence, and in the generation before that as the debate on the medicinal value of various psychoactive drugs – two other subjects where finding the simple truth is impossible.

To some extent it doesn’t matter: the sort of person who didn’t read books nowadays simply doesn’t educate themselves with the Internet instead. You can’t make gold out of shit.

But to a large extent, intelligence is different to what it used to be. It is no longer a simple question of storing, retaining and reproducing information like a biological hard drive, but a question of identifying the most likely claim to correctness out of a number of plausible competitors, like a knight choosing a blade from an armoury before battle.