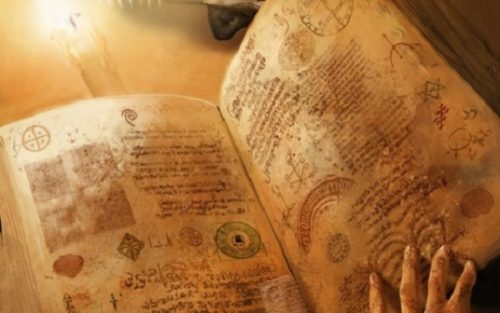 Every honest person in the Western World is right now suffering from a profound sense of unease. With another Cultural Revolution sweeping the West, it seems like the barbarian hordes are about to win their ultimate victory of destroying all order in the world. Fret not! There is historical precedent to guide us out of this turmoil – but it’s not going to be easy.

This profound sense of unease is easy to explain. Our cultural and political elites – rotten with corruption, bloated by the easiest life of any generation in history and blinded by ideology – have simply lost control. There is no longer a coherent shared sentiment that holds us together, and, without this, we have lost all solidarity.

The rot has started at the top. We have an utterly corrupt political class. They inherited the highest standard of living in history after World War II and, bereft of historical awareness, have come to think it natural, and are interested in nothing beyond maintaining this comfortable lifestyle into senescence.

What happens to the generations that come after them is of no concern – as long as there are workers to sweep their streets and to wipe their arses, the Baby Boomers are happy enough. Because there naturally aren’t enough low-paid workers to maintain this lifestyle, the Boomers have chosen to simply import them, and have left us with the impossible task of maintaining a coherent culture in this maelstrom.

In recent centuries, anyone wishing to educate themselves into the nature of reality was able to do so at a university. The word ‘university’ means community, in the sense of a community of teachers and scholars. The idea is that, as a result of the collective effort of intelligent, honest truth-seekers, the true nature of reality will become apparent to the seeker.

This was true up until fairly recently. The New Zealand university system was able to produce a Rutherford a little more than a century ago.

Over the past twenty years, however, the university system has fallen into decline, and is no longer fit for purpose. Instead of honest, unconditioned freethinkers, the Western university system has become a production line of sheep-like drones, conditioned to be terrified of original thought by the ever-present threat of merciless social disapproval.

So, instead of being a community where seekers of wisdom can come together and share knowledge about the nature of reality, debating it and refining it, most of the products of this system are just pure cancer. University graduates are now more interested in virtue signalling than in the truth; indeed, the entire concept of ‘truth’ has been destroyed in the confusion wrought by postmodernism.

There’s only one solution, and history tells us what it is. In an age where the rights to free speech and free association have been lost (to both direct and indirect attacks), it’s necessary to once again meet in secret. Behind closed doors. Entry only by an invitation that is jealously withheld until proof that one is made of the right stuff has been given.

In other words, it’s necessary to fall back to the network of secret societies inspired by the Mystery Schools of ancient Egypt and Greece. The public ground has been lost to the barbarians – it’s time this was admitted by men of truth and the appropriate measures taken.

Indeed, this was where the original university system originated from – this is why people are not awarded Master’s Degrees but are rather “Admitted to the Degree of Master.”

This company has already begun work to source a kykeon capable of inspiring the spiritual insight that formed the basis of the Eleusinian Mysteries. At some point in the near future we will reinstate these mysteries in Sun City, New Zealand.

4 thoughts on “Freethinkers! It’s Time to Pull Back to the Secret Societies Again…”