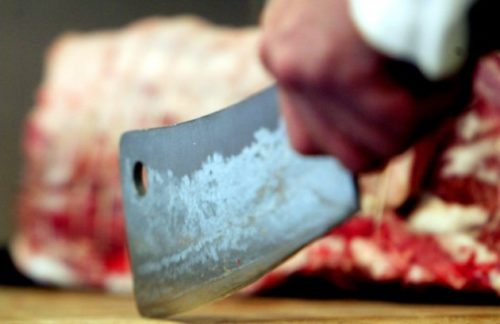 On the face of it, it seems obvious that it should be illegal to mutilate a person without their consent in New Zealand. If the mutilation was done to a newborn baby without their consent, it seems even more obvious. But if the mutilation was part of a religious tradition intended to bind the child to a primitive male supremacist Middle Eastern cult, it’s fully legal.

We all know that the various cults of Abrahamism have the plebs of New Zealand wrapped around their little fingers, so much so that it’s only in recent decades that we have been able to stop them putting homosexuals in cages and from bashing their own kids, and we still haven’t been able to prevent them from doing the same to medicinal cannabis users.

Despite that, it’s obvious that the reasons people give for supporting male infant genital mutilation (or “circumcision” to use the religious terminology) are superstitious in nature, and that the decision to inflict the procedure upon an infant is not done with their best interests in mind.

The concept of cleanliness that a nomadic desert savage may have had 2,800 years ago is hardly the same as those of a modern nation with access to clean, fresh water and a ready supply of soap.

And the oft-touted idea that male infant genital mutilation could be a good thing because when the baby grows into a man he will “last longer” in bed is a bizarre and brutal enough sentiment that many women will shudder upon hearing it, especially those who feel that there’s more to lovemaking than just lying back and getting jackhammered.

The reality is that there are no benefits to the victim of male genital infant mutilation, as fits the otherwise widely-accepted general rule for cases of non-consensual physical mutilation of infants.

The major reason why this ritual continues, despite the denials, is religious. Jewish and Muslim groups were outraged when, in 2012, a court in Cologne deemed male infant genital mutilation to be equivalent to grievous bodily harm.

It has to be considered that the cult of Abrahamism still has a powerful grip on the minds of the weaker sort of New Zealander, which is why the last Labour Government ran out of political capital after it banned physical abuse as a behavioural correction mechanism on children.

Abrahamic puritanism still dominates our drug laws, which are now over twenty years behind where they are in places like California or the Netherlands that do not have societies riddled with religious fundamentalists.

Given that, it is impossible for Kiwis to expect that our politicians, whose cowardice is world-class, will do much about it.

If male infant genital mutilation is to be made illegal in New Zealand, it is best that it be done soon because of the degree of Stockholm Syndrome that the victims of this practice have with their mutilators.

It is well known that victims of male infant genital mutilation will passionately defend the practice as adults because the alternative is to face the shame of admitting that one has been mutilated with the consent of one’s parents. Few are capable of dealing with this magnitude of headfuck.

In fact, it’s arguable that the entire purpose of the procedure is to massively traumatise the boy in order to make him submissive and more obedient to the demands of his religious elders (after all, this is what it most effectively achieves, whether this is admitted or not).

If we are to go as far as making it illegal to genitally mutilate infant boys without their consent, we may also need to allocate some funding for the psychological rehabilitation of adults who were mutilated by their parents, because we can anticipate that this particular redpill might not be easy to swallow.

One thought on “Is It Time to Ban Male Infant Genital Mutilation in New Zealand?”