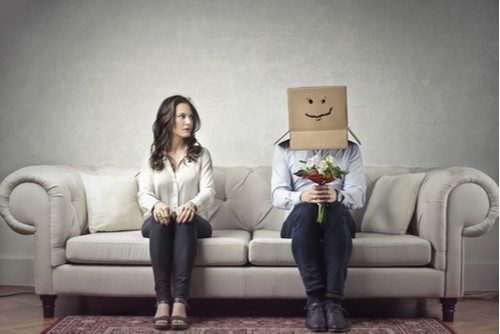 Avoidant Personality Disorder (AVPD) is characterised by extreme action taken to avoid certain feared stimuli, usually social. Social anxiety, feelings of unworthiness, timidity and sensitivity lead to a pattern of avoiding situations that involve interacting or socialising with others. This article looks at how to write engaging and realistic characters with the condition.

AVPD is a Cluster C personality disorder, which means that it’s primarily an anxious condition. The essential characteristic of it is an inability to form social bonds brought about by an extreme desire to avoid particular feared stimuli. For example, people with AVPD tend to be very sensitive to social rejection or humiliation.

It is believed to be caused by abusive or neglectful parenting patterns. In particular, rejection by one or both parents is thought to correlate highly with the condition. It can be observed in other mammals that rejection by one or both parents sharply reduces the ensuing life expectancy for that creature. No doubt the trauma from such treatment makes an impact on the behaviour of human survivors.

If your protagonist has AVDP, it might be that they experience loss and social rejection so strongly that they are simply devastated by it. They might have an internal monologue that heavily plays on fears of social encounters going wrong. A story featuring them might read very strangely as it involved a number of events that ended up not happening or not being attended by the protagonist, who felt too anxious to participate.

This can easily lead to a darker, resentful pattern of behaviour, especially if a protagonist with AVDP comes to feel a malicious desire for revenge as a consequence of their rejection. Social rejection need not lead to learned helplessness and submission in every case – it can lead to violent reprisals, especially if the rejected person feels that they have been treated unjustly.

Someone with AVDP might make a convincing villain if the author can convincingly portray a character who has become nasty as a result of their pride. It might be that the villain received some mild slight or insult and their massive ego was punctured, leading to narcissistic rage. They could be the sort of person who never forgives an insult, leading to complicated revenge schemes.

To many outside observers, AVPD looks very similar to just having low self-esteem. People with the condition tend to believe that their social presence is unwanted, and that they are unworthy of the time and attention that they are given in their social relationships. In cases of parental rejection it’s obvious how such thinking might come about, but it can be caused by other things, such as a generalised perception of social rejection.

In the mind of a character with AVPD, the everyday experience might be one plagued by self-doubt and feelings of unworthiness, in much the same way that it can be for a depressed person. Indeed, one particular strain of AVPD has a number of depressive features, in particular the casting away of, and refusing to deal with, certain traumatic memories.

A protagonist with the condition is likely to consider themselves socially inept. There might be a lot of blame directed at the self in their internal monologue. It’s possible that there is a personal quality of their own that they fixate on as an explanation for their lack of social success. As mentioned above, this can easily become projected outwards onto society.

People with AVPD can be difficult socially because they can be very needy and very resentful. There is a particular strain of the condition that is hypersensitive in a way that is not dissimilar to those with Narcissistic Personality Disorder. This type can become easily wounded by jokes or banter, to the extent that others might call them “precious”.

Feedback loops are an unfortunate common effect of this condition. Anxiety about being socially rejected often leads to a range of behaviours that themselves increase the likelihood of social rejection. Anxious eye contact often appears shifty to other people, who then come to distrust the person with AVPD. Because these people trust the person with AVPD less, they speak to them in a less friendly manner, which validates the initial feelings of anxiety and strengthens the avoidant behaviours.

A protagonist with AVPD might find their everyday experience tormenting, because people with the condition have a normal need for social interaction and intimacy – they just fear it. Because of this fear, and sometimes because of resentments, a protagonist with the condition might find their everyday experience tormenting. It might be a relentless march of anxiety, blame, missed opportunities, guilt and rejection.

AVPD sounds, and is, similar to Schizoid Personality Disorder, but there are crucial differences. For one, a character with AVPD will like be more anxious than a schizoid. For another thing, schizoids don’t generally care about other people, whereas people with AVPD will still desire positive social contact.