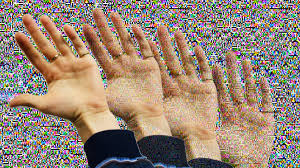 Hallucinogen Persisting Perception Disorder (HPPD) is an uncommon condition that arises as a consequence of permanent perceptual changes brought on by use of hallucinogens. There is almost no data on the prevalence of this condition, and some don’t even believe it exists. Nevertheless, this article will discuss how to believably portray characters with HPPD.

HPPD usually causes a problem because of visual disturbances that are akin to those that accompany a hallucinogenic experience. It’s common to see glowing halos around various objects, or visual trails that linger behind moving objects. It’s also possible to perceive objects as being much larger than they actually are, or much smaller. Some people even see a kind of “visual snow” between objects, like the static on a television set. Auditory hallucinations are also possible.

A character who has HPPD might appear kind of ‘spaced out’ to the other characters. Those other characters might suspect that the one with HPPD is, or has been, on a heavy drug of some kind. Because their perceptions are so vivid, a character with HPPD might be too distracted to pay proper attention to what’s going on around them. This could create a number of social difficulties for that character.

The author might decide that writing a character with HPPD is not very interesting if focus is placed solely on visual and perhaps auditory disturbances. It might be possible to tell a far richer and more engaging story by showing the reader some of the other lingering psychological effects of psychedelics, especially the deeper emotional and spiritual ones.

The problem with this approach is that one soon steps outside the bounds of the clinical – which is perfectly fine for the sake of literature, but it has to be kept in mind that the strictures of the DSM are distantly removed from what follows here.

Many psychedelic drugs have the capacity to break down a person’s existing perception of reality and replace it with something entirely different. This means that some of the persisting perceptions that arise from hallucinogenic drugs use are not so much sensual, but intuitive.

People who have HPPD might no longer believe in materialism. They may feel that, in the course of a hallucinogenic trip, they were granted a particular insight into the way the cosmos truly functions. Maybe they now believe that the world is a dream in the mind of God. A character who has had a change in perceptions relating to cosmic attitudes might find themselves coming into conflict with some of the other characters around them. Theirs could be a story of how easy it is to get ostracised from a community for having unique beliefs.

In practice, it doesn’t actually matter whether materialism is correct or not; a character who becomes a non-materialist as a result of a hallucinogenic experience will have extreme difficulty fitting into society in any case. They will frequently be rejected and mocking for being mentally ill. In particular, it will be impossible for them to convince a psychiatrist that their new belief is anything other than a mental illness. A character who thinks like this will therefore likely be an outsider to some degree.

Another common change in perception relates to the presence of a light at the end of the tunnel. Dovetailing with materialism is atheism – the two seem to follow each other closely. The vast majority of people who were raised atheist do not believe in the presence of a benevolent force that watches over their life with a desire to end their suffering. The cosmos is indifferent to human suffering and misery.

A person who has a strong experience with a hallucinogen can easily come to change their opinion on this subject. It might be that your protagonist has suddenly decided to believe in God – not the God of Abraham, but the benevolent, all-pervading force that gives rise and motion to the world. This might not be received well by the other characters in your story, especially if they are materialists, or if they believe in a dead God such as the Abrahamic one. They will probably think your protagonist is mad or evil.

This can make for an interesting story because of the contrast between the good feelings that arise naturally inside a person who has spiritual satisfaction, and the bad feelings that comes from the outside world as a consequence. Their social life might become much more difficult than before, on account of pressure to go back to the socially-approved way of thinking. This could push them into the arms of a new group of people, such as those who have also seen beyond.

These persisting changes in perception are much more subtle than the visual and auditory ones, but they might have just as large an impact on a person’s ability to live a normal life, primarily because of the social disruption just mentioned. In extreme cases, these changes in perception might make employment also impossible, leading to radical life changes that could lead anywhere.

Writing a character with HPPD is no easy task, because it is likely that most of the readers are not intimately familiar with the effects of hallucinogens and so will have difficulty relating to the often bizarre and surreal perceptual changes that accompany the condition. However, if executed skillfully, a tale with a character who has HPPD could be highly entertaining, insightful or even edifying.