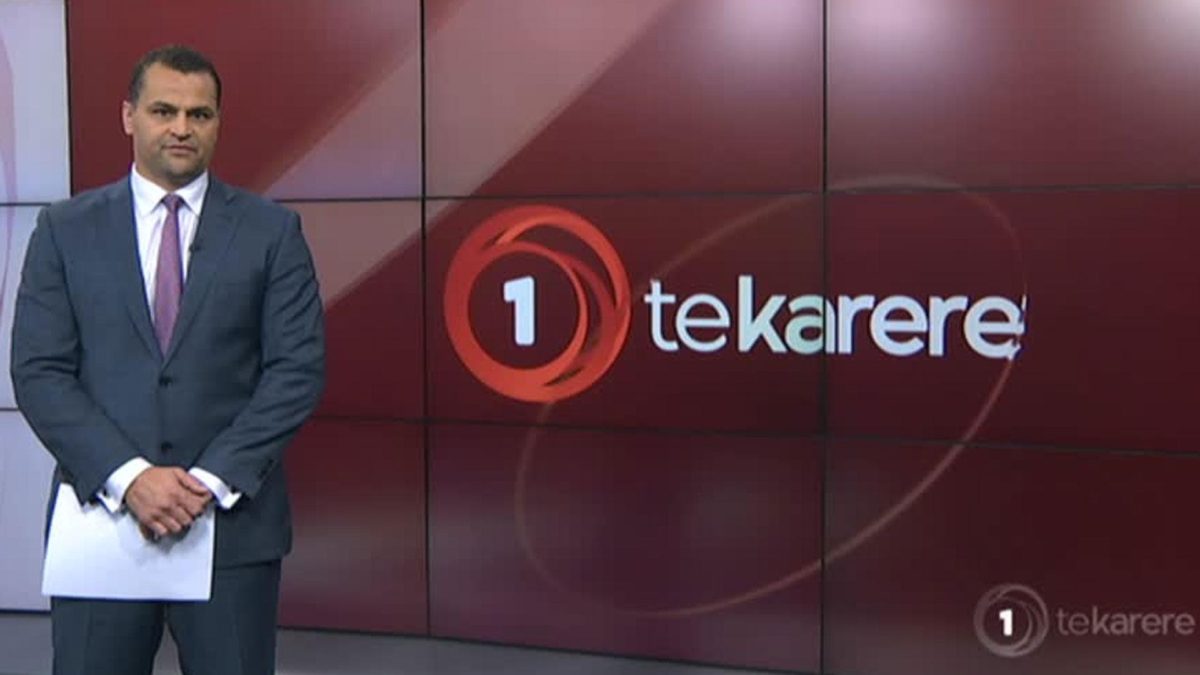 A TV presenter speaks to the camera and says “The Government claims that this network is fake news. This report shows why this idea is purely wrong.”

A journalist is standing at ringside for a women’s Mixed Martial Arts event and, when they are fighting, he screams “Rip her heart out!”

according to – hei tā

A new reporter walks up to a woman, points to a man and says “According to that guy, you’re a hater.” The woman protests “According to who? I’m no hater!”

On television, there is a show where Dan Carter is sitting at a table at a restaurant. He makes an order to a waiter, and the waiter calls out “A porker for Carter!”

A uniformed man walks briskly, carrying an envelope. A woman approaches and asks him “Are you the messenger?” The man replies “I’m a courier.”

A radio plays to an empty kitchen. The music stops and then the radio broadcasts a strange and haunting ringing tone. It is a real eerie ringing.

A man is reading a newspaper, and looks closely at an advertisement for some “New Pepper“.

A supermarket shopper looks at a magazine for poultry enthusiasts. The front cover has an image of a woman holding a pet hen, and the title is “My Henny“.

A young girl looks at a website on a laptop computer. It’s a website about a service that delivers pies by tuk-tuk, called Pie Tuk-tuk.

A flamboyantly-dressed man speaks to a camera, flanked by two assistants. All three are part way through wrapping up a pie in paper. The central man says “The most important thing about pie papering is getting it on social media! Put your pie papering videos on FaceBook, Twitter and others!”

An inventor shows a clockwork magazine to a friend. It walks across the table. The friend says “That looks like an electronic magazine.” The inventor says “No, it’s mechanical.”

A prostitute made out of paper is about to be executed by hanging. The media is all gathered around the watch the spectacle. They are about to hang a paper whore.