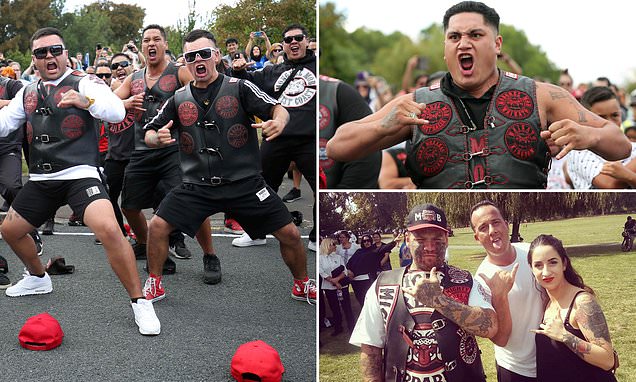 Mass killings almost always have the effect of spreading terror throughout the population that was slaughtered. Most of the time, this terror is the intent of the act. When it is, the killings could be said to be black magic rituals, acts of Greater Magic intended to force the will of the perpetrator onto all the people who observed it. The Christchurch mosque shootings of March 15 can be considered such a deed.

According to one perspective, there are three elementary kinds of magic. The kind that I am interested in here is black magic. This uses the power of fear to cause change in others according to the will of the magician. The other kinds are white magic, which takes fear away, and grey magic, which causes confusion.

The easy way to understand black magic is to understand it as intimidation. It’s why the Police wear uniforms, and caps with black and white chequered bands, and why security guards wear black t-shirts and shoes with thick soles. It’s why the Undertaker wears black, why the Waffen-SS wore black, and why it was said by Gareth Edwards of the All Blacks jersey that “There is something about the blackness of their jersey that strikes fear into your heart.”

Black magic could also be understood as the art of domination. A successful black magician is dominant because of the fear that other people have for them. The best way to intimidate and dominate a person, of course, is to cause them direct physical and personal injury, or credibly threaten to. If they are not able to retaliate to this then they will be forced to submit.

The Christchurch mosque shootings were black magic rituals intended to strike fear into the hearts of certain populations in New Zealand. In this sense, they were much like the John F Kennedy assassination and 9/11. The hope was that the killings would incite submission. This is the most effective way to understand them, and to explain both the actions of the shooter and the response of the nation. Furthermore, it allows us to predict the future.

Jacinda Ardern, and the New Zealand mainstream media, being atheists and non-believers in magic, made a number of grave errors in the aftermath of those shootings. They made these errors because they did not account for being in the domain of magic. Some decisions, although they may have made sense from the perspective of being nice and soothing tensions, didn’t make much sense from the perspective of countering black magic.

When Ardern decided that the name of Branton Tarrant shall not be spoken in polite company, she raised his black magic power to the level of Voldemort from the Harry Potter series. Oddly, there’s a scene from Harry Potter and the Sorcerer’s Stone in which Harry is told: “Call him Voldemort, Harry. Always use the proper name for things. Fear of a name increases fear of the thing itself.”

This is advice that Ardern should really have heeded. When she spoke to Parliament and made a particular effort not to mention Tarrant’s name, she demonstrated that the nation had collectively shit itself in response to the shootings. We showed that they had affected us very deeply and that we were greatly shaken. Tarrant was living rent-free in our heads.

So any budding black magicians out there, thinking of a way to make their actions as powerful as possible, may have observed Ardern’s response, and taken note of the vulnerability displayed. This is a very bad sign, because it predicts a high likelihood of future attacks, whether follow-up moves by white nationalists or reprisals by Islamists.

After all, Tarrant himself was the victim of a previous act of black magic: the Drottninggatan truck attack in Stockholm in 2015 that left three dead, including an eight-year old girl named Ebba Åkerlund. Images of Åkerlund’s body torn into several pieces left a powerful impression on many Internet dwellers, in particular those on the chans. Tarrant was affected so heavily that he mentioned it in his manifesto.

The downside of black magic, of course, is that if the intended victims of it do not submit then their fear will turn naturally to hatred. When it does, it’s possible for cycles of revenge attacks to arise, and even to become normalised. The horror of the Drottninggatan truck attack was insufficient to cause Tarrant to submit, and as such it turned to the hatred that we saw expressed on March 15.

The way to counter black magic is with fearlessness. London’s response to the 7/7 bus attacks of 2005, which killed 56 people, is the model to follow. Instead of the response that Vince McLeod dubbed “The Great New Zealand Chimpout“, the British response made a point of being business as usual, thereby denying the perpetrators the emotional impact that they desired.

It was noted by all that various criminal gangs, in particular the Mongrel Mob, took a front and centre role in the community response to the shootings. The most visible response involved leading a public haka. The haka needs to be understood, in this context, as a black magic ritual. Its purpose is to demonstrate to the enemy your vigour, determination and unity of purpose. In this, a haka is little different to any other war dance.

The point of performing a haka after such a mass shooting was to demonstrate to the unseen “bad guys” out there that we are strong, we are ready and we are willing to fight. We will not be cowed. This is often the context in which a haka was performed in pre-contact New Zealand: someone would spot a member of an enemy war party in the bush, alert the others, and a haka would be performed to show that enemy that they were going to die if they continued to intrude. This was understood as black magic and called mākutu.

Certainly the New Zealand nation is currently in a state of extreme fear. Acts of national unity are necessary, but they have to be carefully considered owing to the extreme circumstances. In that regard, Tarrant’s actions have to be considered one of the, if not the single most, powerful acts of black magic ever performed in New Zealand. The only real comparison in recent history would be the Rainbow Warrior bombing, which only killed one person.

If the New Zealand nation wants to go forward without attracting further black magicians, and further ritual sacrifices (no matter who conducts them), they need to demonstrate that they are not afraid of death. This is chiefly done by enjoying life, and continuing to enjoy life as we had done before the shootings. Full attendance of Super Rugby games is one example. This will demonstrate to all the black magicians out there that we are not weak and not to waste their efforts on us.

Viktor Hellman is a regular contributor to VJM Publishing and author of the upcoming Anarcho-Homicidalist Manifesto.