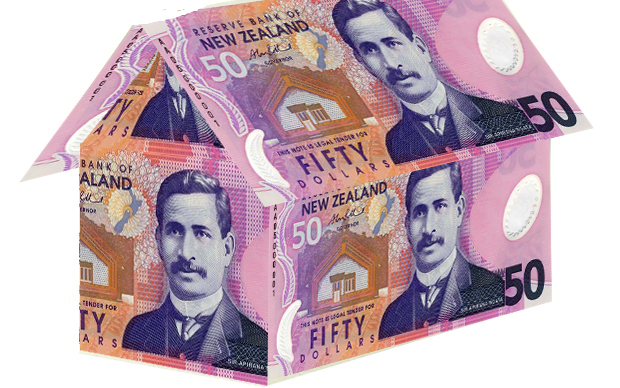 I stare wide eyed at my phone and let loose a snort of equal parts disgust and derision.

The listing on TradeMe for my neighbour’s house has revealed their asking price.

This probably won’t be terribly offensive to those of you battling to buy your own home considering the average house price in New Zealand reached an eye watering $645,250 as of last year, but let me put my outrage in context.

This is the asking price for a reasonable 3-bedroom house in Carterton, Wairarapa.

Over half a million for a house in Cartervegas, with me as a neighbour? Get the fuck outta here.

If this what politicians put forward as the “affordable provinces” then any young person aspiring to one day own their own home is pretty damn screwed. Trust fund babies need not consider themselves applicable.

Last year I decided to ask the three local councils as to what actions they were taking to address the housing crisis and housing affordability.

The responses ranged from “We can’t do anything”, “It’s not our problem to solve”, “Define affordable” to “We are waiting on direction and leadership on the issue from central government”.

Local governments are not interested in taking a leading role in solving the housing crisis. Maybe this is due to the nearly non-existent representation of young people in local body politics, but that’s a topic for another time.

If not local government, surely our transformative coalition government could surely be trusted to be kicking arse for the long-suffering Kiwi first home buyer?

Brace yourself for crushing disappointment as the salvation of Generation Rent won’t be found with this current government – at least not this term.

Kiwibuild has been flogged by Labour as the band-aid to fix the housing crisis booboo as far back as 2012. However once in a position to actually implement the policy in 2017, it was quickly revealed just how little thought had gone into it.

The reality was that Labour’s fix for the housing crisis was over-hyped and under-cooked, inaccessible for anyone earning the average wage, that had school age children, or any number of the realities New Zealanders face. With the additional restrictions on selling the property within three years, designed to stop property speculation, people considering Kiwibuild are better off not using the scheme if possible, as buying on the open market doesn’t have any such restrictions and, in the end, any difference in the final price paid was negligible.

It’s a sad state of affairs that even with the supposed singleness of purpose and financial backing of the tax payer, Kiwibuild has completely failed to deliver for the majority of people that voted for it.

With numerous New Zealand based kit-set home manufacturers, even houses built by robots in Wellington, building houses isn’t the bottleneck. Land supply, and the price of ticking the boxes before building, however, is.

Reforming the Resource Management Act to allow for faster development of land should be one of the more obvious issues to deal with if the Government was actually serious about tackling the housing crisis. Likewise, opening up the building materials market to some international competition by way of reforming the New Zealand Building Code could potentially topple the monopoly enjoyed by a select few manufacturers price gouging the currently captive New Zealand market and further decrease building costs.

Again, this was found to be a relative non-issue as measly three percent of all property sold was to foreign buyers and that three percent was mostly made up of large-scale farms and stations, life-style blocks and shares in new-build apartment blocks. While I don’t agree with any foreign ownership of New Zealand land, in the context of the housing crisis, this is, and continues to be, an outlying issue, if not entirely separate from the housing crisis.

Generation Rent isn’t, and never was, in the market for a thousand acres of pristine South Island sheep country, so the foreign ownership ban had little real impact in this regard.

The main influencers of the housing crisis are two issues. The first was, and continues to be, New Zealand’s high levels of immigration. That contentious issue both Labour AND New Zealand First made a huge deal about during the opposition years and during the 2017 election, which our coalition government now seems reluctant to firmly act on, apart from putting the boot into low hanging fruit like the dodgy export education industry.

Ironically the fallout following the banning of Huawei from supplying equipment for the upcoming 5G rollout, the responsive drop in tourists and wealthy international students from China may end up having more of a tangible impact on addressing housing affordability that anything the Government has intentionally done to date.

The second genuine influencer is the rife accumulation, hoarding and speculation of housing by fellow, and now extremely wealthy, New Zealanders. The final word on cause of the housing crisis is that it is a mess of our own making. Kiwis ripping off Kiwis. Ever heard of a cap or outright ban on the number of investment properties? Me neither, and so long as we keep voting for the same four political parties, you never will.

With Generation Rent’s patience starting to wear thin and half their term over already, the coalition government can’t afford to continue to wear the kiddie gloves for fear of threatening the entitlement culture of wealthy New Zealand nor the construction sector lobbyists whilst avoiding the real causes of our housing crisis. 2019 will either make or break this government and younger people’s trust in it.

At the end of the day I don’t want or need 20 rental properties. No reasonable New Zealander does.

I just want the safety and security of providing a home for my wife and children that won’t be put up for sale as soon as the market conditions are favourable.

But not for over half a million in bloody Carterton, thanks.