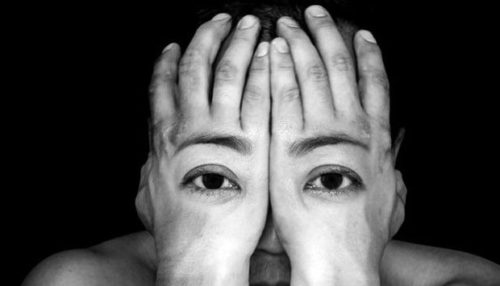 Most people are familiar with the idea of phobias – the term refers to intense and persistent fears of things, to the point that a person with a phobia will take extraordinary measures to avoid triggering it. Although most people have mild, subclinical phobias of some things and manage okay, for others a phobia can cause immense disruption to everyday life. This article looks at how to believably write characters who suffer from phobias.

The degree of fear caused by a phobia is enough to cause chaos in a person’s life. Instead of merely feeling alarm, a person presented with the object of their fear (or even the threat of it), will often break out in sweats, heart palpitations, dizziness and shaking. They will go to great lengths to avoid being exposed to the triggering stimulus, even if doing so has a heavy impact on their day-to-day social functioning.

Generally speaking, there are three major kinds of phobia.

The first kind of phobia is called a specific phobia – it’s a phobia of something specific, such as spiders, heights or dogs. This sort of phobia is usually a reaction to situations that occurred frequently in the biological past. For this reason, there’s nothing really unnatural about them – it’s just that the fear has been exaggerated to a point where it causes more harm through disrupting a person’s life than it helps avoid harm from danger.

Many phobias begin with an incident in which the object of the phobia caused intense fear in a person. For instance, a person walking through a field and being stopped in their path by an angry dog might develop a phobia of dogs. A phobia of spiders might develop from a childhood in an unclean house that was full of spiderwebs.

Readers who have never experienced living with a phobia could well be interested in reading about the sort of thoughts that go through the head of a character with one, or how they behave (or feel themselves forced to behave) on account of having the phobia. Few who have never had a phobia can imagine how intrusive the fear can be, and how greatly it can impact the ability of a person to live a normal life.

Social phobia is different to a specific phobia in the sense that the phobia reflects a general fear that follows the person with it. Social phobia relates to an intense fear of being judged. In particular, it tends to revolve around a fear of being humiliated in public by means of some judgment being levelled. People with it tend to feel very uncomfortable around authority figures, and would never raise their hand in class to answer a question from the professor.

Most people have a degree of self-consciousness that modifies their actions, but for a person with social phobia this will be exaggerated well beyond mere shyness. For instance, someone with social phobia may be unable to get a driver’s licence on account of being unwilling to sit with the traffic control officer and risk being judged as unfit to drive a motor vehicle.

A character with social phobia might be more interesting if their phobia was ultimately grounded in narcissism. It might be that they were only afraid of being judged on account of having an enormous ego that could not handle even the faintest criticism. This might lead them to becoming vicious in defence of that ego, or to adopting an exaggerated ‘cool’ affectation intended to mask their extreme fragility in the face of judgment.

The third major kind of phobia is agoraphobia. This relates particularly to a fear of finding oneself in an environment that offers no easy means for escape. These environments are common ones such as trains, elevators or open spaces, which naturally leads to a significant impact on ordinary life function. Being caught in such a space with no easy avenue of escape can easily cause a panic attack in an agoraphobic.

Much like social phobia, a character that has agoraphobia might live a particularly lonely and unhappy life. Having agoraphobia makes it much harder for a person to get out of their house, because their house becomes a kind of safe zone from the horrors of society. Stressful and traumatic events can trigger agoraphobia, and central to it is the fear of loss of control. Going outside comes to feel like stepping into the maelstrom.

Phobias are not generally believed to arise as a result of a moral failing or of any personal weakness. It will therefore be easy to write a character with a phobia who comes across sympathetically to the reader. Portraying a character who struggles valiantly to live a normal life despite a crippling phobia might read as heroic, but if emphasis is put in the wrong places the character might come across as a milksop.