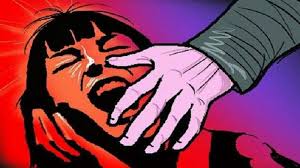 Some people are making the argument that the legalisation of same-sex marriage was another step on the slippery slope to legalising pedophilia, and that it was a mistake to let gay people get married – perhaps even a mistake that needs to be corrected. This argument is becoming more and more common as pedophiles are starting to argue their position with renewed vigour. However, as this essay will show, not only is this line of reasoning fallacious, it also diverts attention from the true problem.

The argument against same-sex marriage seems to go like this. There is a scale of sexual degeneracy, like Maslow’s Hierarchy of Needs, where the depravities at one level make the depravities at the next level seem not so bad, and this leads to those worse depravities being indulged in, and so on until civilisation has collapsed.

And so, the loss of absolute paternal authority over the family and over unmarried females led to prostitution and whoring, which led to divorce, which led to homosexuality, which is now leading to pedophilia and which will inevitably lead to bestiality and necrophilia.

This is how many religious and/or stupid people have been conditioned to think, but the reality is different.

The sliding scale is not of depravity, but of consent. Once a person has done something to another person without that second person’s consent – and got away with it – they are incentivised to do it again. Many sexual predators get an egoistic thrill from doing things to someone without their consent, and it’s this that constitutes the real psychological slippery slope.

If there is a slippery slope that leads to pedophilia, it begins with impoliteness, which paves to way to rudeness, which escalates to verbal abuse, then physical abuse and then which leads to expressions of utter contempt such as rape, kidnapping and murder.

Legalisation of homosexuality cannot fall on a point along this slope, because homosexuality is consensual (at least, it is not inherently non-consensual, unlike having sex with someone too young to give informed consent).

This is not to say that we need to make rudeness illegal. What we need to do is remove the elements of our culture that consider it acceptable to do things to people against their will, such as steal from them, or coerce or trick them out of wealth. This will have to happen on both the personal and collective level.

On the personal level, it might be worth encouraging the kind of philosophical and meditative traditions that have led to personal insight in the past, because this usually leads to peace of mind and a cessation of suffering. Hermeticism and Buddhism are examples of the traditions that lead to an appreciation of honest inquiry.

On the collective level, we need to stop conducting wars against each other. The first one we ought to stop is the War on Drugs. The politicians who have fought this war against their own people for almost a century have done so against the will of people, for the people have always been against it in any place where they have been honestly informed with the truth.

Unfortunately for us, the War on Drugs has normalised things that would have been best left taboo, such as imprisoning someone without that person having harmed another person. This was previously unthinkable in earlier times, when correct jurisprudence demanded that some harm must be demonstrated to have occurred before the court could ever have the right to punish someone.

It has also normalised the people do not have to consent to the laws that they are forced to live under. At school, we are taught that this is totalitarianism and evil, but our own governments do it to us without our consent, and they get away with it.

If pedophilia ever does become legal, it won’t be because homosexuality was legalised. It will be because our culture has made it normal to do things to people against their will, to force and coerce them into obedience.