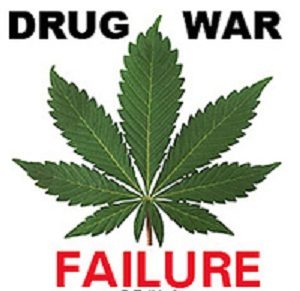 Much recent media attention has focused on the question of whether the War on Drugs has failed in New Zealand. Amazingly, a review of Ben Vidgen’s 1999 book State Secrets suggests that the War on Drugs was widely known to be a failure since at least two decades ago, even at the highest political level.

One of the arguments that John Key has been rolling out to deny the need for cannabis law reform is that it “would send the wrong message”. Apparently his idea is that if cannabis was legalised in New Zealand many vulnerable people would interpret that as a green light to smoke as much of it as possible.

Leaving aside the obvious point that no-one in New Zealand who wants to smoke cannabis is waiting for permission from the government to do so, it’s interesting how much mileage conservatives have got out of that one bit of rhetoric.

On page 33 of Vidgen’s bestseller State Secrets it says that John Howard back in 1998 used the same rhetoric to stymie cannabis law reform in Australia. Noting that already in the late 1990s it was understood by intelligent people that “by removing the profit incentive associated with drug dealing, decriminalisation would, in effect, destroy the capital base from which organised crime’s influence originates,” the book describes how Howard rejected the idea on the grounds of “the wrong message”.

Perhaps depressingly, Vidgen’s book makes it clear that the Establishment has simply ignored the voices of reason for decades now. Writing that the best way to view drug use in society was as a “social and health problem”, it seems incredible that almost twenty years later it would be necessary to make the same arguments.

Given that the Aotearoa Legalise Cannabis Party won 1.66% of the vote in the 1996 election, it’s a shame that we could so stubbornly remain deaf to the truth, even when doing so comes at horrendous expense.

Vidgen agrees with this column that the failure of the War on Drugs is deliberate. He points out in State Secrets that such talk inevitably gets dismissed as conspiracy theory, but that if an objective observer joins the dots it becomes apparent that the legal status of many drugs – cannabis in particular – affords opportunity for extralegal actors to profit immensely from their trafficking and sale.

Some say that intelligence agencies sell drugs in New Zealand to finance off-the-books operations. Probably most people would be horrified to know how deep the rabbit hole goes.