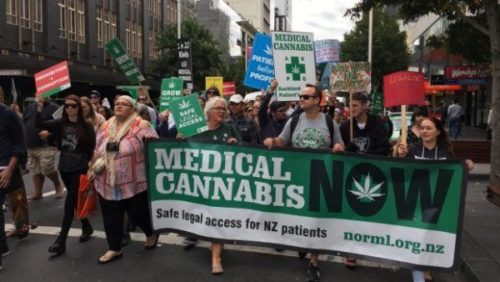 Gareth Morgan showed that he is a cut above the rest of the megalomaniacs who would be king by actually changing his stance on cannabis law reform in response to the wishes of his supporters. This by itself is curious (some are calling the phenomenon “democracy”), but not as curious as the reaction.

The Greens’ health spokeswoman, Julie Anne Genter, responded to the news of Morgan’s intrusion into her political niche like a mother cat protecting her litter.

She made a social media post belittling the capacity of The Opportunity Party to enact reform, calling it “some tiny new political party”, and accused them of planning to be “working with National”.

This marks the first time, ever, that politicians in New Zealand have acted like medicinal cannabis users were normal people whose rights were worth defending.

The usual approach, the English-Little-Peters-Shaw approach, is to stand aside and let medicinal cannabis users die for fear of losing votes from people who want to kill them.

If the politicians, the shallowest of shallow whores, are competing for cannabis law reform votes, then it’s fair to say that the cracks in the dam are appearing and that it’s time for those downstream to evacuate.

The next move will be a leader of a big four party stating on the record that cannabis prohibition is unjust. Any consideration of compensation will be out of the question, because to raise the point suggests that politicians can be held accountable for their crimes against the people, but someone might suggest that medicinal cannabis even be subsidised like other medicines.

Maybe one day a politician will do a medicinal cannabis user the honour of having a photo taken with them.

The ridiculous thing will be that, when all of this happens, the politiwhore in question will try to give the impression that they are bravely leading the charge, even though the Aotearoa Legalise Cannabis Party was saying what Julie Anne Genter is now saying since 1996 – 21 years ago.

It’s taken 21 years to even get this far, where there are so many as two second-tier politicians calling for cannabis law reform. Let’s hope it doesn’t take another 21 for a leader of one of the big four parties to find the courage to say something.

Probably the next advance for cannabis law reform in New Zealand will be for someone in the ACT or Labour parties to champion the issue. Damian O’Connor has already dipped a nervous toe in the water, and if he sees the centrist Morgan take up the issue he could well interpret that as a green light to go further.