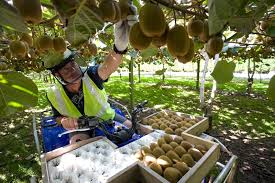 At the employed end, there is the National Party. Being unemployed (i.e. not in the labour force) had a correlation of -0.86 with voting for the National Party in 2014. This is not at all surprising to anyone who can remember the attitude of the Bolger-Richardson-Shipley Government towards beneficiaries in the 1990s.

New Zealanders don’t tend to work full-time until they completely retire. The usual patterns appears to be working full-time until about age 50 or 55, and then working part-time for a number of years, and only then retiring.

So although Kiwis working part-time have less of an income than those working full-time, this doesn’t make them vote National less because most part-time workers are elderly, and thereby more conservative.

This reflects that New Zealand First support comes chiefly from people too old to be employed and from Maoris who are generally young enough to be in the most likely age brackets for full-time employment.

These same patterns express themselves in the patterns of labour force status for Green Party voters. Because the average Green voter is middle aged and middle class, they are in some ways like National voters. The correlation between working full-time and voting Green in 2014 was 0.32, and the correlation between working part-time and voting Green in 2014 was 0.26.

In that regard, Green voters are very similar to National voters. The major way in which they differ is the proportion of voters who are unemployed. The correlation between not being in the labour force and voting Green in 2014 was -0.07, which is not significant. The main reason for this is the number of young trendy people who vote Green but do not have jobs – almost none of this sort of person votes National.

This meant that the Green Party was, unusually, closer to the New Zealand centre than either Labour or National, assuming the centre to be defined by labour force status. This was also true, even more unusually, of the ACT Party, for which none of the correlations between voting for them in 2014 and any of the three categories of labour force participation were more than marginally significant.

The voting patterns for the other three Maori-heavy parties generally reflected the fact that Maoris are much more likely to not be in the labour force compared to other Kiwis. The correlations between being unemployed and voting for a given party in 2014 were 0.76 for the Maori Party, 0.75 for Internet MANA and 0.62 for the Aotearoa Legalise Cannabis Party.

None of those three parties, however, had a significant negative correlation with being in the labour force, not for either full-time or for part-time work. This reflects the fact that, although the average Maori is more likely to be on the unemployment benefit, they are much less likely to be on the pension, and so their overall rate of absence from the labour force is not much different to the rate of non-Maori absence.

The correlations between voting for the Conservatives in 2014 and a given labour force status were -0.12 for working full-time, 0.29 for working part-time and -0.69 for being unemployed. These are all similar, but weaker, than the correlations for the National Party, which reflects the general fact that the Conservative Party appeals to the least educated segment of National voters.

Finally – and predictably – the turnout rate strongly reflected the degree to which labour force status reflected general disenfranchisement from society. There was a very strong negative correlation between turnout rate in the 2014 General Election and being unemployed – this was -0.82.

The correlation between turnout rate in 2014 and working full-time (0.24) was not as strong as that for working part-time (0.45), which probably reflects the fact that many full-time workers are actually doing worse than the semi-retired elderly who often work part-time and who often have investment income.