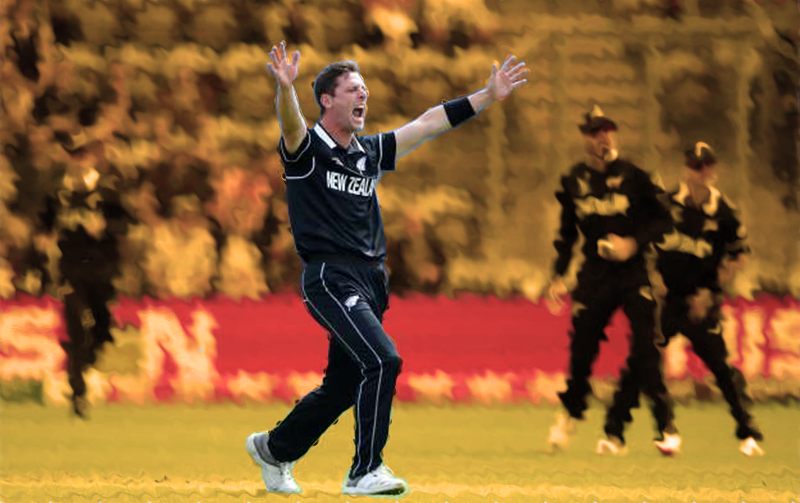 Trent Boult is undoubtedly the hero of the Black Caps bowling attack. In ODIs, he has taken 148 wickets at an average of 24.83. Currently ranked No. 2 in the world for ODI bowling, many would go as far as to argue that Boult was the Black Caps’ most influential player. Everyone knows that his opening spell is crucial to the team’s success.

Few such accolades fall on Matt Henry. Far from being considered the spearhead, his place in the side seems far from certain. Many fans appear to prefer Tim Southee or even fringe candidates such as Scott Kuggeleijn or Hamish Bennett. However, much like Henry Nicholls a year ago, Henry has put up some excellent numbers that, if considered in context, mark him as a potentially world-class option.

If one looks simply at the numbers, Henry is not far behind Boult. From 44 games, he has taken 81 wickets at an average of 25.60. He hasn’t had as much gametime as many think he deserved, but this has kept him hungry and injury-free, and I’m predicting we’ll see some New Zealand records broken by him in the future.

He’s been especially good against the Asian teams, with 20 wickets against Pakistan at 20.25, 21 wickets against Sri Lanka at 18.38, and 11 against India at 19.09. Considering that the 2023 Cricket World Cup will be hosted in India, that marks him out as one to watch.

Henry doesn’t just threaten records on the smaller scale. He is also threatening Shane Bond’s record of 54 matches for the fastest Black Caps bowler to 100 ODI wickets. Henry has taken 81 wickets in 44 games, meaning he has to take 19 in nine to break the record and 19 in 10 to equal it.

At his current rate of 1.84 wickets per match, Henry will reach the milestone in 55 games, one more than Bond and one fewer than Boult.

Another Shane Bond-related stat is that Henry has a better strike rate – Bond took 29.2 balls per wicket compared to Henry’s 27.9. Bond took four wickets or more 11 times in 82 matches, while Henry has already done so 8 times in only 44 matches. Bond did it once every 7.5 matches, Henry has done it once every 5.5 matches.

In fact, Henry has one of the ten best strike-rates of all time for a bowler who has taken 50 or more ODI wickets. Measured by strike rate, he’s ahead of Waqar Younis, Brett Lee, Shaoib Ahktar and Allan Donald.

The only criticism that one might level at Henry, in comparison to Bond and Boult, is that he is hittable. When people make this argument, they refer to his economy rate of 5.50, which is expensive in comparison to the 5.07 of his contemporary Boult (let alone Bond’s truly excellent economy rate of 4.28). Henry has yet to earn the respect of opposition batsmen playing him out as Bond, Boult and Vettori had.

In any case, I’m not arguing that Henry is an all-time great just yet. Despite the stats and despite his excellent lines and seam movement, he’s certainly not above criticism when it comes to mastery of length. His predictable hit-the-top-of-off approach, while difficult to play effectively, makes it possible to premeditate slogs down the ground or over midwicket.

However, I’m certainly not arguing that Henry is the finished product just yet either. Being only 27 years old, he still has plenty to learn when it comes to canniness and cunning. Although a weapon with the new ball, his bowling at the death has exposed his lack of variations. I am predicting for him to learn these variations and to become a great.

In the end, the fairest way is to rate Henry is according to the standards of his peers.

Since the last Cricket World Cup, Henry is 15th on the list of bowling averages for players from the major nations (minimum 40 wickets). Weighing more heavily is his current ranking in the top 10 of ODI bowlers, reflecting the large proportion of top-order wickets he has taken. If one considers that he was as high as 4th in 2016, the last time he got a consistent run in the side, then it’s already apparent that he’s underrated.

But there’s more. Henry currently sits 43rd on the list of all-time lowest bowling averages for players who have taken 75 or more ODI wickets. His average of 25.60 puts him ahead of Shane Warne, Dale Steyn and Pat Cummins. This century, his average puts him 25th. That’s an excellent return for a player who some think doesn’t deserve a spot in the Black Caps’ starting XI.

By any meaningful statistical measure, the performances that Matt Henry has delivered in the ODI jersey are almost as good as Trent Boult’s. If one considers that Henry’s role in the team is to take wickets with the new ball, then the danger he represents is roughly equal.

All of this is enough to declare him the most underrated player currently in the Black Caps side.